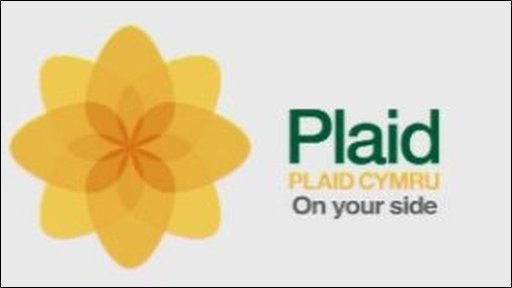 In mid 2010 I was asked by the blogsite 'Wales Home' to do a guest article questioning Plaid Cymru's effectiveness and credentials as a nationalist party.
Here is the article. What do you think?

We might therefore expect to see Plaid Cymru to spare no effort to encourage a greater sense of English nationalism, as it is obvious that a lingering sense of Britishness represents the greatest obstacle to the Welsh nationalist dreams of independence (or even the more modest aim of a full Welsh Parliament). It is worth recalling that as Conservative leader in 2000 William Hague, took part in a BBC Radio 4 programme called Brits in which he said: “English nationalism is the most dangerous of all forms of nationalism that can arise within the United Kingdom, because England is 5/6ths of the population of the UK…Once a part of a united country or kingdom that is so predominant in size becomes nationalistic, then really the whole thing is under threat.”

So if Plaid Cymru is serious, we would expect to see signs that they were not only leading the debate within Wales for independence, but also seeking to encourage the debate by all means available to them within England. In fact, what do we see?

When presented with the opportunity of leading the government of Wales and of having one of their leaders as the First Minister of Wales, Plaid Cymru stayed within their comfort zone by taking a few insignificant seats in the British unionist Labour led Welsh government. It became apparent that unlike the savvy Scottish National Party, which has merely positioned itself as being left of centre, Plaid Cymru had fallen into the trap of actually becoming leftist. So, when presented with such a golden opportunity for advancing their ostensible cause, they refused to take it simply because that would have meant sitting in the same cabinet with some Conservative Assembly members. Thus Plaid Cymru lost the kind of opportunity for the advancement of Welsh nationalism which might not present itself again for a generation.

And instead of campaigning against the Barnett Formula for being what it is, namely a unionist electoral bribe, created with a view to using English taxpayers’ money to bribe Welsh voters to vote for whichever unionist party is in power at Westminster, Plaid Cymru’s Welsh Assembly members are seen actively campaigning for an even bigger hand out!

Last but not least in Wales, when offered the opportunity to campaign for a referendum to decide democratically whether the people of Monmouthshire are Welsh or English, Plaid Cymru remain unwilling to engage in a political debate which might be one of the most significant in getting people on both sides of our national borders to focus on their developing sense of Welshness or Englishness.

In England, we find an almost startling absence of activity by Plaid Cymru to promote their cause. While Alex Salmond and the SNP often make controversial remarks helpfully stirring up English nationalism, do we ever hear Plaid Cymru’s voice? To my knowledge, not once.

The only English nationalist party comparable to Plaid Cymru, campaigning for an English Parliament, Government and First Minister, with at least the same powers as the Scottish ones, is the English Democrats.

In the EU elections last year the English Democrats stood for the first time across the whole of England and despite our tiny campaign budget got 279,801 votes (more than twice Plaid Cymru’s 126,702). In this year’s General Election we stood 107 candidates (more than Plaid Cymru and the Scottish National Party put together). So you might think that a serious Welsh nationalist party would be making every effort to help our progress and thereby build a constituency in England that would welcome constitutional change for Wales. Instead Plaid Cymru’s leadership has refused to even meet us.

This is in stark contrast with our friendly relations with the Scottish National Party. We have been pleased to welcome the SNP’s Angus MacNeil MP to speak at a recent Annual Party Conference and our Vice Chairman was welcomed by leaders of the SNP in Edinburgh and her hand was shaken, during a BBC Newsnight programme, by Alex Salmond.

The reason for this refusal, that was given by their leadership, was that Plaid Cymru would not work with a political party that was “Eurosceptic”. This confirmed all my suspicions about Plaid Cymru’s ineffectiveness as a nationalist party for Wales. It would have been impertinent, if they had been genuine Welsh nationalists, to worry about the attitude of English nationalism towards the EU. Also it showed that they were not interested in developing the English dimension to the debate, nor yet again are they willing to step outside their ideologically, hide bound comfort zone, in order to develop their ostensible cause.

When Nigel Farage, one of the leaders of the British nationalist UKIP appeared on Question Time in Wales on 25th February 2010, he was foolishly insulted by Elfyn Llwyd MP, who claimed that Farage’s British nationalist comments showed him up as being “a little Englander”! Mr Llwyd also spent much of the programme cozying up to Labour’s, Peter Hain. Doesn’t Mr Llwyd even know the difference between British and English nationalism?

In the event during the 2010 General Election, far from supporting us in England, Plaid Cymru supported the internationalist, socialist and Europhile, Green Party!

In the coming Welsh Assembly elections, the English Democrats will be standing in the South East Welsh Assembly region where we will continue our campaign for the people of traditional Monmouthshire to have a referendum on a question that only a modern, democratic, nationalist party could pose i.e. do the people of Monmouthshire wish to be English or Welsh? Because the media coverage rules require it, we shall also be standing in the Regional lists throughout Wales on the ticket “English Democrats – for a Proper Welsh National Parliament”. My sincere hope is that either Plaid Cymru will support us in this campaign or that a more effective Welsh nationalist party will emerge.

When a political party acts in a manner which does not further its ostensible agenda and supports other parties which are ostensibly hostile to that agenda, as Plaid Cymru does, I think it is legitimate to raise the question that I have in the heading of this article: is Plaid Cymru a serious nationalist party for Wales and the Welsh Nation? In my view Wales deserves a serious nationalist party, just as England deserves its serious nationalist party and so does Scotland. Scotland and England have theirs but where, oh where is Wales’? I leave you with a proverbial quotation from St Matthew’s Gospel, Chapter 7, verse 20: “By their fruits ye shall know them”.

There were 268 comments - not all friendly! You can see here >> http://waleshome.org/2010/06/is-plaid-cymru-a-serious-nationalist-party/
Posted by Robin Tilbrook at 09:54