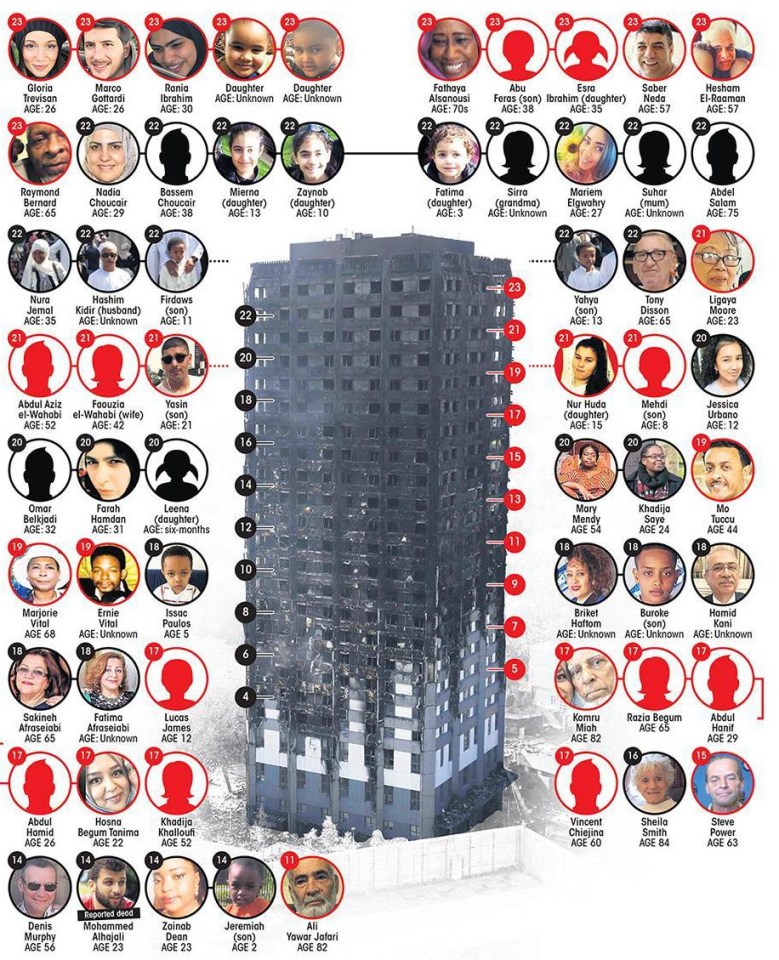 I have deferred commenting on the Grenfell Tower disaster for some weeks, partly in order to let all the understandable grief of the individuals, and the knee-jerk reactions by various commentators, time to subside. However we seem to be continuing to hear demands by those speaking for the residents that the Judge dealing with the inquiry should be somebody like them. It is therefore worth considering what somebody like “them” is like.


One of the most striking things that can be said about what we saw on our TV and computer screens and in the newspapers of the pictures of the missing, and of their naturally distraught relatives and friends, it is that hardly any were English. Furthermore it was abundantly obvious that a large proportion of them were Muslim and clearly dressed in such a way as to show they are the sort of Muslims who have no inclination to integrate with English society.


Given that this tower block was public housing, or as we used to call it, “council housing”, it is a remarkable and a sorry reflection of just how appallingly badly managed immigration has been by the British Political Establishment over the last 50 years that a public housing tower block in the middle of our capital city should have next to no English people in it! What a disgrace that is! The English Democrats have long said that only our citizens should be entitled to any welfare benefits, free medical care or council housing.


We then come to the cause of the fire. It has been strangely unclear from the reports what exactly caused the fire. Given the general dishonesty of our media in trying to prevent reporting of things that might give rise to suspicion and hostility towards politically correct causes; and that this fire was started about the time when many of the residents of the tower block were breaking their fast after sunset during Ramadan it seems to me not at all unlikely that the fire was caused by something like the barbequing of kebabs in an unsafe way within the tower block. Even if that is not the case there does seem to be many reasons for being suspicious about the origin of the fire.


So far as the reason why the fire got out of control, that seems to be partly a consequence of the so-called environmentalist lobby in seeking to put cladding on the outside of tower blocks in order to insulate them. There is also the EU, in overriding the British Building Standards, to insist upon EU compliant cladding which is less fire resistant.


Naturally the fire inspection process has been made radically less effective in protection against fires by the focus on compliance with EU directives rather than on the safety of the occupants.


This type of regulatory overload is not at all an unusual situation in the UK now where the original purpose of an activity is often lost sight of in a maze of inane legal rules and political correctness.


The one thing we can be sure of there will be many more problems caused by the general institutionalized uselessness of the UK’s public authorities!

Finally here is an interesting article which has been circulated to me:-


As the catastrophe at Grenfell Tower has been so" Politicised" you may be interested to see these facts - especially the last paragraph....

The following appear to be matters of public record:

1. The block of flats was run not by the Council but by Kensington and Chelsea Tenant Management Organisation (KCTMO). This body is made up of 8 TENANTS, 4 councillors and 3 independent members.

2. Labour hold the seat that the block is situated in.

4. Emma Coad the sitting Labour MP for that ward also sat on the KCTMO.

5. The advice to stay put which Sadiq Khan has been so vocal about was given by the London Fire Service.

6. The decision to change contractors during the refurb was made by KCTMO.

7. The decision not to spend an additional £138k on fitting sprinklers was again KCTMO.

8. The decision to create Arms Length Management Organisations (ALMO) such as the KCTMO was made under the Right To Manage legislation passed in 2002 as part of the Commonhold and Leasehold Reform Act.

9. This was put in place to give leaseholders and tenants a greater say and the ability to self manage, which in some circumstances has clearly proven to be flawed.

10. Which Govt was in a charge when this law was passed? It was Labour.

11. Sadiq Khan as mayor of London Produced a report to say that the fire service did not need further funding.

12. Emma Coad elected Labour MP was on the board of the Tenant Management group who are being accused of not listening to tenants.

Further, according to Christopher Booker (a strong advocate for Remain) in the Telegraph, when the Grenfell Tower was built, the cladding materials were glass-based and inert. Fire could not pass through or behind the cladding.


Since then, authority for specification of construction materials has passed from individual governments to the EU. The EU has decreed, as part of climate change initiatives, that the main purpose of cladding is to provide insulation, thus reducing the need to burn fuel. When, three years ago, Kensington spent £10m on up-rating the Grenfell Tower it had no option but to use cladding permitted by the EU. Unfortunately, the cladding is not fireproof.

I have not (yet) heard anybody accuse the EU of responsibility for the fire - though that is where at least part of the blame lies.”

Complaint made about Judge who claimed 'we are LUCKY to live in a multi-racial society'! 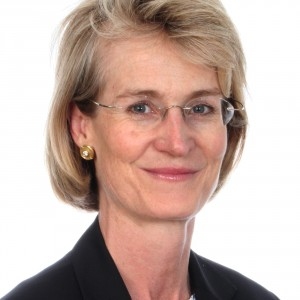 Complaint made about Judge who claimed 'we are LUCKY to live in a multi-racial society'!

I am making this complaint on behalf of the English Lobby which is a ‘not for profit company’ whose purpose is to stand up for English values and the English Nation.

We read with dismay the reported remarks of District Judge Emma Arbuthnot in sentencing Viscount St Davids.  We do not know anything other than what was reported in the newspapers, internet and broadcast media about the offences for which Viscount St Davids was convicted and sentenced, but it is a fundamental principle of English Justice that Judges are neither politically biased, nor give the appearance of being politically biased.

Judging from the reported remarks this was not the case with this District Judge.  She used the opportunity to grandstand her personal political views before the national media in a case with considerable press interest because of person being sentenced was a member of the aristocracy.  In these circumstances the District Judge is quoted as having said:- “this multi-racial society we are lucky enough to live in.”

This is not a statement of law, on the contrary this remark is blatantly politically loaded and partisan.  It is not a remark that everyone would agree with, but it is simply an expression of the current Establishment orthodoxy of liberal multi-culturalism.  Clearly she would have been well within her rights to both hold such an opinion and also to express it both as a private citizen and in most public offices.  This is not the position however for a Judge holding forth from the judicial bench in Court.

From her other remarks in the case one suspects that the District Judge was also in the minority on the issue of Brexit which seems to have been part of the matrix of the alleged offences.

In short it is quite wrong for any Judge either in sentencing or in convicting in any court to give voice to their personal prejudices and political opinions however orthodox.  In this situation the District Judge has brought discredit to her office and should be disciplined.  If this is part of a pattern of behaviour by her, then perhaps she should be dismissed.

The English Lobby complaint made about the Judge who sentenced Viscount claiming we are LUCKY to live in a multi-racial society.

The English Lobby has written a letter of complaint to the Lord Chancellor to discipline District Judge Emma Arbuthnot for her blatant political bias and discriminatory prejudice in making the above remark.  Whilst this remark is fully in accordance with the increasing prevalence of Judges who are multi-culturalist liberals, it is nevertheless a blatant breach of an English judge’s constitutional and legal duty to be impartial and politically neutral.

Robin Tilbrook, the Director of the English Lobby said:-  “Some people think like the District Judge that “this (is a) multi-racial society (which) we are LUCKY enough to live in”.”  Many others do not welcome it or accept it and others actively oppose it, so for the District Judge to use her opportunity of maximum publicity in a high profile case to make a blatantly political point was and is an abuse of her judicial position for which she should be disciplined.

Let us see if the new Lord Chancellor, David Lidington MP, knows his duty and reins in this blatant display of political bias by a Judge.

If you feel the same way about this please use the address above to put in your own complaint!