Speech for our National Party Conference on the 25th September 2021 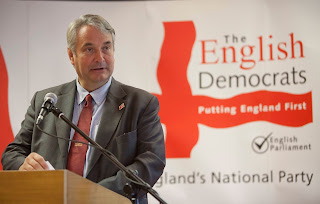 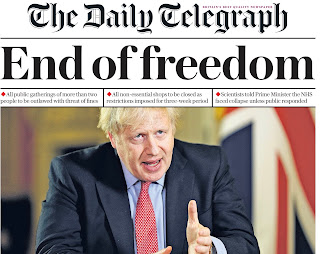 I have listened and read Mainstream Media comments and analysis about the Chesham and Amersham By-Election result, in which the Conservative and Labour parties were thrust aside by the Liberal Democrats.  The striking thing about all of this is its lack of honest and/or competent analysis.

It is suggested that large numbers of Conservative voters transferred their vote and voted for the Liberal Democrats in order to vote against HS2 and against development on the Green Belt around Chesham and Amersham. This is a wholly unbelievable and fantastical analysis.

The first point to make is that the Liberal Democrats would be very unlikely beneficiaries of such a vote shift, since they are, as a Party, in favour of HS2.  They are also in favour of the Mass Immigration, which has resulted in 15 million or so migrants coming into the country and led to the demand to now build, in effect, two Greater Londons in the South East of England.  All three of the LibLabCon British Establishment parties are equally complicit in the mass immigration agenda, as are the Greens (aka “Communists”?) who are even more enthusiastic about there being “No Borders”.

The second point to consider is that for those of us who have done any actual canvassing (which seems, on the basis of what has passed for analysis, as if that excludes all those who have vented their opinions) would know that it is highly unlikely that large numbers of Conservative voters would vote for any other party.

The third point to note is that all of the Mainstream Media analysis seems to be based upon no analysis of the actual voting figures and is almost entirely fact free.

1.    The “Progressive”/Leftist/openly Multi-culturalist, Green, Liberal Democrats and Labour votes remained remarkably similar in number in both elections.  The difference in the By-Election, is that the Liberal Democrats were successful in getting most of those voters to vote for them.

2.    The next thing that is strikingly obvious is that there was a dramatic decline in the percentage of turnout.  The reduced numbers of those who voted closely correlates with the reduced Conservative vote.

These results strongly corroborate the idea that the Liberal Democrats’ campaign strategy was highly successful, but not in the way reported in the Mainstream Media.

The Liberal Democrats seem to have adopted a two-pronged strategy.  The first to persuade all of the Leftist voters to vote for them and secondly to demotivate the Conservative voters.

As usual, of course, we have had some ridiculous comments about majorities of votes in the Media.  The figures of course don’t bear out any idea that there has actually been a Majority, since the Liberal Democrats got 21,517 votes out of a total electorate of 72,828, which is, of course, just under 30% of the electorate.  In what world of mathematical illiteracy would under 30% be called a Majority? That is if it wasn’t politically expedient to do so!

I think it is interesting and informative to see that the actual percentage of “Progressive” voters, within even a comfortably prosperous, quite middle class commuter area like Chesham and Amersham, is less than 30%.

Compare this with the proportion of the electorate in most of England who showed themselves to still be patriotic by voting for “Leave” in the European Referendum.

In most constituencies in England over 50% of the electorate voted for “Leave”.  This suggests an election winning strategy for patriots which is the mirror of the Liberal Democrats’ one, i.e. suppress the Progressive vote and aim to focus the Patriotic voter on one candidate.

Interestingly, as the Liberal Democrats have been the focus of success in this case, that shows that this candidate no longer needs to be one of the two principal British Political Establishment parties.

It also shows that Conservative voters are in a transitional period of weakening loyalty to the Conservative Party.

This is perfectly rational, since the Conservative Party nationally does not stand for anything that any sensible conservative minded voter would actually personally support.

Any signs of the dissolution of the Conservative/Labour stranglehold on English politics can only be strongly welcomed by any real patriot!

Here is the actual numbers compared between the two election results in Chesham and Amersham:-