Metropolitan Police: All new police constables must be able to speak second language!

On my return from a short holiday one of the first stories of blatant discrimination against the English that greets me is that the Metropolitan Police have now made it a mandatory requirement for recruitment that applicants speak at least one foreign language. Here is the article in the Mirror and below are my letters to the Mirror and to the Metropolitan Police Commissioner. What do you think?

Metropolitan Police: All new police constables must be able to speak second language from today


Recruits will need to speak English and one of 14 designated languages to join the country's biggest force.

All new constables in the Metropolitan police must be able to speak a second language apart from English from today.

The astonishing requirement emerged in an advert for fresh recruits posted online by the country's biggest force.

From today, anyone wanting to join the Met must be able to speak English and one of the following 14 languages:

In a press release, the Met said the requirement is a one-month 'pilot' scheme designed to "bring officers into the Met with more of the skills necessary to help police and engage with London's diverse communities as effectively as possible."

However, the Met does not specify that the new qualification is temporary on its website.

In fact, the Careers page makes it clear that anyone who does not speak one of the specified languages is "unable to submit an application".

The only reference to a 'one-month trial' was made in a quietly-issued press release at 1am today.

Met Commissioner Sir Bernard Hogan-Howe has also come under fire for the 14 languages chosen for his list - when by his own admission almost 300 are spoken in London.

Critics questioned why key languages including Gujurati, Mandarin and Romanian aren't on there - but German is.

Andrew Boff, leader of the Conservatives in the London Assembly, described the list as "bizarre".

He told the Mirror: "I just don't understand what this list of languages is supposed to achieve.

"It looks as if it's been made up at random.

"Chinese Mandarin is not on there when we know that statistically they are one of the groups most likely to be victims of crime in London.

"And there are others - where I live, Lithuanian is the most spoken language.

"Why on earth is German on there? I'm sure there are Germans living in London but they are likely to speak good English.

"I support the idea of a police force that looks like London - but I don't think having a second language should be a condition of application.

"Why not make it a general recommendation?"

Met Commissioner Sir Bernard Hogan Howe said: "I am committed to providing a police service which looks and feels more like London.

"I believe it will help boost confidence, help to solve crime more effectively and support victims and witnesses."

(Here is the link to the article >>> Metropolitan Police: All new police constables must be able to speak second language from today - Mirror Online )


Letter to the Mirror:

Re: Your article – Metropolitan Police: All new police constables must be able to speak second language from today


I read your piece with interest as it would seem that the Metropolitan Police have introduced a recruitment requirement which is not only objectively unjustifiable, but also the effect of which must impact adversely on ethnic English applicants. In racial equality law this is known as indirect illegal discrimination.

I am a practicing solicitor and your report indicates a clear indirect illegal discrimination by the Metropolitan Police. If our Capital’s POLICE FORCE cannot be relied upon to obey the law on even something as straightforward as their recruitment policy, then what indeed does that say about their effectiveness as a law enforcement agency at all?

We understand from the Daily Mirror article, a copy of which we enclose, for your information, that the Metropolitan Police may be guilty of initiating a blatantly illegal discriminatory recruitment policy for Police Officers.


May we respectfully remind you that it is now a long established principle of Race Relations Law that it is illegal for an employer to adopt Employment Selection criteria which either advantages or disadvantages specific ethnic groups. The employment criteria which you have introduced, seemingly without any effort at proper consultation, self-evidently advantages immigrants who come from any of the ethnic or national backgrounds whose languages you have selected and equally disadvantages those from an immigrant background whose native language is not so selected, as well as the ethnic English.


We are writing to you to point out the blatant illegality of your action and therefore request that you desist forthwith. If we do not hear from you that you have done so within the next 7 days, we shall begin to make enquiries as to whether any ethnic English potential applicants have been prejudiced by your policy and shall be looking to support them in bringing a claim against you personally as an individual guilty of racial discrimination contrary to the Equalities Act 2010 and also against the Metropolitan Police as an institution. 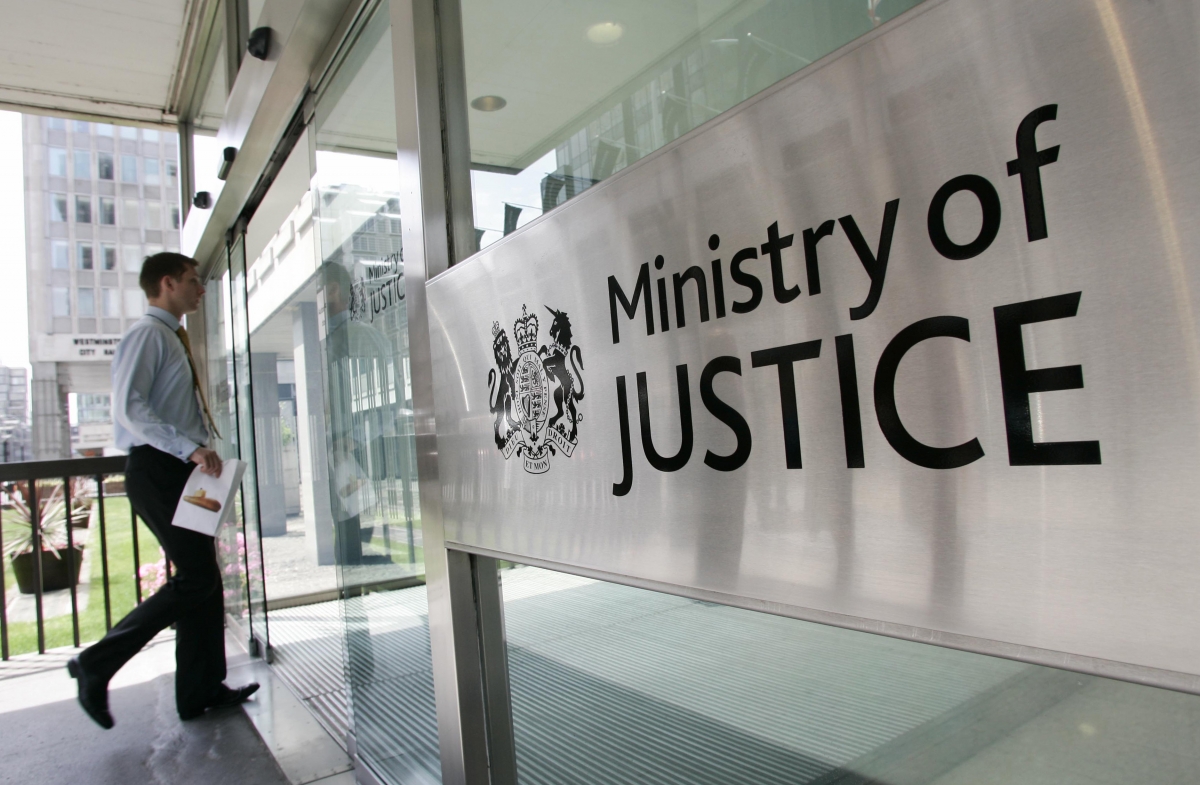 In the light of the Conservative leadership's turgivations and proposals for English votes for English laws it is interesting to see what the Whitehall Civil Service briefing on EVEL says.

Here is the Ministry of Justice's internal briefing:-

The Government has announced its plans for changes to the process through which legislation is approved by the House of Commons.
Civil servants play an important role in preparing, refining, publicising, implementing, and enforcing legislation. As a result these changes are likely to impact on the work of a number of teams across the Department.

'English votes for English laws' will mean that bills, parts of bills and secondary legislation will be subject to a different Parliamentary process in certain circumstances.

The proposal will be implemented through changes to the internal rules of the House of Commons, and will be put to a vote before the summer recess, after which the change would come into effect. If approved, English votes for English laws would affect the way the Civil Service develops and delivers legislation.

How will it work?

The Speaker of the House of Commons would certify all bills, clauses or statutory instruments. A new Parliamentary process would then apply where the Speaker deems a bill, clause or schedule applies to England or England and Wales-only and relates to matters that are devolved to Scotland, Wales or Northern Ireland.
The legislative process is then the same up to and including Report Stage - all MPs would continue to debate and vote together. The only exception to this is bills that are deemed England-only in their entirety will be considered at committee stage only by English MPs.

After Report Stage there would be a new process of consideration. This would allow only English, or English and Welsh, MPs to debate and vote on the relevant measures, thereby giving their consent or vetoing them. This process would also include a separate dispute-resolution process where the whole House and the English and Welsh MPs disagree. After this the bill would continue to Third Reading as before.

Secondary legislation would also be subject to the new rules. Those statutory instruments certified as entirely English, or English and Welsh will require the consent of the relevant MPs as well as the whole House if pressed to a vote on the floor of the House.
A more detailed explanation of the new process can be found on GOV.UK. Parliamentary process is complex and the Cabinet Office will circulate guidance to Departments following the approval of the House.

What does this mean for us?

If approved, this would mostly affect teams that prepare new legislation and work on supporting securing its progress through Parliament. It would also affect policy makers, who would need to consider carefully which parts of the UK their policies apply to and how best to legislate on them.

The Cabinet Office will be working closely with teams that could be directly affected to ensure they fully understand the new process and how to use it. If the proposals are approved, there will also be workshops for staff and learning opportunities available on Civil Service Learning will be updated. All staff are encouraged to make the most of these opportunities to familiarise yourself with the new process, even if your work may not be directly affected. As civil servants, we will need to be particularly conscious of this new process when speaking with stakeholders and seeking to gain support for legislation in Parliament.

These proposals will attract significant interest, particularly in the devolved administrations. It is therefore crucial that we are all consistent in how we communicate the policy externally. The Cabinet Office Press Office will lead on media handling so consult them about any media enquiries.

More information will be available but for further advice any teams working on legislation which will be introduced imminently should speak to the PBL Secretariat for primary legislation or the SI Hub in the Cabinet Office for secondary legislation.

Statement by the English Democrats' Chairman on the budget Statement by the English Democrats' Chairman on the budget

It is very disappointing to see the British Government yet again using its position over England to pick on the English by disadvantaging English students by entirely removing grants when these are still available in Scotland and Wales.  The attitude displayed is of contempt for the English People who are just seemingly viewed as the source of all the cash that the British Establishment chooses (all too often) to waste elsewhere.

Also George Osbourne’s much trumpeted “English Devolution” is of course nothing of the sort.  It is not the national Devolution which has been given to the Scots and Welsh.  It is merely a little measure of mere decentralisation introduced, ironically on a top down basis, by the most over centralised State in Europe.

More evidence of England paying the piper (but not calling the tune)! More evidence of England paying the piper (but not calling the tune)!

Even MPs who represent English seats but who are not English like the Welsh Mrs Cheryl Gillan sometimes stick up for their constituents.  What do you think?

http://www.publications.parliament.uk/pa/cm201516/cmhansrd/cm150609/debtext/150609-0002.htm
9 Jun 2015 : Column 1081
Mrs Cheryl Gillan (Chesham and Amersham) (Con):
"I hope that the Government will resist the call for the triple lock, quadruple lock—or whatever we are going to call it now. I asked the House of Commons Library to look at the disaggregation by UK constituent nation of the EU budget contributions and receipts. My right hon. Friend the Minister will be interested to know that it clearly shows that although the average cost across the UK in the last year for which figures were available was £48 per head, when that is disaggregated, we see that the real burden falls on England. The cost of membership is £72 per capita in England, whereas in Scotland, it is a mere £2; in Wales minus £74; and in Northern Ireland minus £160. So the devolved nations, which are effectively feather-bedded against the real cost of membership, should not be allowed to slant the results of any referendum by demanding an individual country lock on any result."
The actual debate can be viewed here, with Mrs Gillan speaking about 14 minutes 37 seconds in:

http://parliamentlive.tv/event/index/035a053e-b29e-4a3a-a1d9-3916a6a5cce7?in=12:40:21
Alex Salmond misrepresented opposition to a Referendum on continued EU membership being determined by the vote in each nation as meaning, by extension, "that Scotland, Wales and Northern Ireland should not get a vote at all." The analogy with the USA is absurd.

This 'disaggregation' sets in context the positions of rUK in respect of EU Membership.
Posted by Robin Tilbrook at 20:29 4 comments: