England to be allowed its own national identity?

Today there is an interesting article, published in "The Scotsman", which shows an encouraging glimmer of understanding that there is the potential for a winning synergy between Scottish and English Nationalism:- 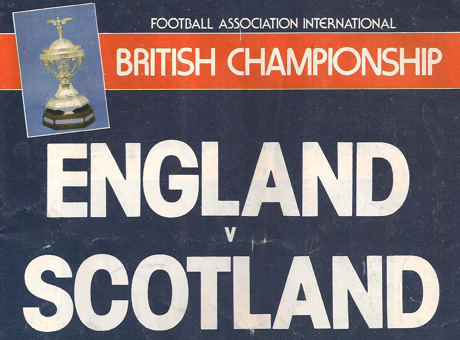 "Lasting constitutional change will need co-operation from a sovereign, confident England - which does not exist"

REGULAR readers will know that I occasionally tilt against the failure of the SNP to hold a public debate on key aspects of post-independence policy. So you might think I sympathise with the recent call by Michael Moore, the mild-mannered Liberal Democrat Secretary of State for Scotland, for the SNP to say "exactly what independence would involve". Indeed, the first question Mr Moore wants the SNP to answer is: "What regulation would be applied to our banks and who would enforce it?"

But Mr Moore speaks with a very forked tongue. For a start, he gave his speech on the day his party colleague, Vince Cable, was fulminating over Chancellor George Osborne's decision to kick bank reform into the long grass. So Michael, can I ask what financial regulation your coalition agrees on, and when will it happen?

In the recent (lost) AV referendum, the tactic used successfully by the opponents of a fairer voting system was to harp on that the alternate vote system had not been fully explained. Rather than argue their own case, they implied the other side was not coming clean about theirs. Sadly, Mr Moore has adopted the same cynical tactic.

However, Mr Moore commits an even bigger sin - he can't see the political wood for the trees. For the issue before the Scottish electorate is not independence. Alex Salmond is shouting through a political megaphone that he wants a referendum with three questions: the break-up of the UK, fiscal autonomy (de facto Home Rule), or the creaking status quo. Does anyone disagree on the likely outcome?

The SNP has stated unambiguously that in any constitutional settlement it will keep the pound sterling and share common (but non-nuclear) defence arrangements with England. What is that but Home Rule as the Liberal government defined it in 1914, when it enacted a Scottish Home Rule Bill at Westminster (only to see it shelved when the Great War broke out)?

So why is Mr Moore fixated by independence? Because he and his ilk view the SNP in isolation rather than as part of a general crisis of Britishness. The rise of the SNP and Plaid Cymru, the savage Troubles in Northern Ireland and the growth of populist and semi-fascist currents in England are all part of the same political mosaic. The British state, its economy and civic identity were the product of Empire. Two world wars, ensuing bankruptcy and de-colonialisation demolished this imperial project and, with it, a common notion of Britishness.

In Scotland, the end of Empire led a new generation in the 1960s to reinvent themselves as Scottish rather than British. This was accelerated by the indifference of London to the collapse of Scottish heavy industry. A similar, if diluted, process began in Wales.

In the forgotten Bantustan of Northern Ireland, the economic decline of the old Protestant ascendancy combined with the blind ignorance of Westminster to ensure a violent reaction by the Orange "British" working class.

In only one part of the UK was the appearance of a modern, post-imperial national identity thwarted - England. The big London parties allied to brand any manifestation of Englishness as culturally regressive, politically irrelevant or borderline racist. Why? The Tories were reluctant to recognise the end of Empire, while Labour feared a loss of electoral influence. This is a great shame, for the roots of Englishness lie in the rule of law and individual freedom.

By ignoring Englishness, the big parties grew blind to the need to reform the British constitution at root. Yet the evolution of politics, culture and economics over the past 50 years means that our national identities - Scots, Welsh, Irish and English - are not going to fuse into a homogeneous whole - quite the opposite. Which implies that we still need a new, post-imperial compact between these sovereign peoples if we are to make the British Isles congenial. The SNP is offering such a compact, if only Mr Moore and others will listen.

Of course, Mr Salmond does not use the words Home Rule or confederation. Spotting this, some Unionist politicians, including the normally sensible Menzies Campbell, have called on Mr Salmond to come clean that he has abandoned the SNP's long-cherished goal in favour of "diet-independence". But Mr Salmond is never going to use this formulation, and asking him to is tantamount to rejecting the SNP's offer of Home Rule. First, Mr Salmond is too smart a politician to give up the threat of separation before he gets what he really wants. Second, he will not risk any division in the SNP's ranks before he has delivered something tangible by way of fiscal autonomy.

But can Mr Salmond deliver Home Rule or will the SNP split? My reckoning is that the majority of party members view fiscal autonomy as the litmus test of sovereignty, not embassies or flags. The keeper of the fundamentalist flame, Jim Sillars, has already shifted to a more pragmatic position, preferring to remove any implied threats to English interests that might hinder the transfer of de facto sovereignty to Holyrood. Besides, internal resistance to Mr Salmond has long since been dissipated by the massed phalanx of MSPs and their paid advisers.

There are those in the SNP - like me - who doubt if a workable confederation with England will emerge, though I'm willing to give it a try. My view is that the Unionist political establishment - witness Mr Moore - is totally capable of looking a gift horse in the mouth. Even if Mr Salmond wins fiscal autonomy, lasting constitutional reform can only work inside an agreed framework of co-operation - on interest rates and security policy - between the sovereign nations of these British Isles.

But that implies a sovereign English parliament as equal partner rather than a grudging, dominant Westminster. And a sovereign, confident England does not exist. For the same Unionist parties that have put up a fighting retreat in front of Scottish nationalism are the very ones that have also refused to develop a modern, liberal English nationalism."

Here is the Article on the Scotsman's site
http://www.scotsman.com/politics/George-Kerevan-Reform-requires-us.6829467.jp?articlepage=1

A brief biopic of the author is here
http://en.wikipedia.org/wiki/George_Kerevan

I think that you will agree at least a glimmer of hope there but unfortunately still in the media conditioned mindset of thinking of English Nationalism as a threat.

Meanwhile, on the BBC News Politics site,we can see how very limited is the British Establishment's interest in fair treatment for England.

Mark D'Arcy, the BBC's Parliamentary correspondent in his "Viewing guide: The pick of the week ahead in Parliament" says:-

"Friday is private members bill day in the Commons, and topping the bill is the Report Stage debate on the Conservative backbencher Harriet Baldwin's Legislation (Territorial Extent) Bill. This takes a stab at giving a partial answer to the West Lothian Question by requiring that in future all bills put before Parliament should contain a clear statement of how they affect each of England, Scotland, Wales and Northern Ireland - including knock-on financial implications. She hopes that this would allow it to become accepted practice that Scottish, Welsh and Northern Irish MPs would not vote on England-only Bills. The Government attitude is interesting, to put it mildly. The Coalition Agreement includes a promise to set up a commission to look at the West Lothian Question (the issue of MPs from devolved parts of the UK being able to vote on English issues, when English MPs can't vote on the same issues in Scotland, Wales and Northern Ireland) but that commission has yet to be set up. Ministers clearly don't want the Baldwin bill, and she can expect pressure to withdraw it.

Having, somewhat to her own surprise, piloted the Bill through the the most perilous stage of the parliamentary life-cycle, the Second Reading debate, and through Committee where it was unamended, (although that may owe something to the broken leg suffered by Labour constitutional affairs spokesman Chris Bryant) Harriet Baldwin can now hope to send it off to the Lords. The main way of preventing this would be for opponents to put down a deluge of amendments at Report Stage - and talk out the available debating time. We shall see."

Which all goes to show that if England and the English Nation are ever to get fair treatment it will only be because there is a credible English Nationalist party forcing the pace!