The People of Salford will now get the opportunity to change how their council is led and to elect their own Council leader - rather than have another 'Buggins' foisted on them by the gang of Labour local hacks! 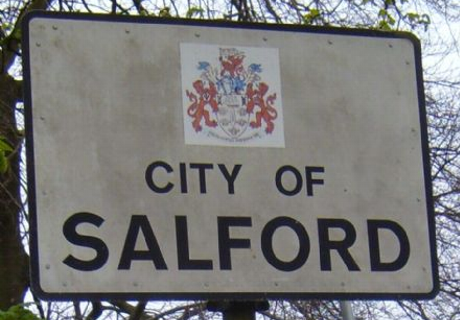 By August, having started only in March, our English Democrats' volunteers in Salford had collected over 10,500 signatures on our Petition to trigger a referendum for an Elected Council Leader (aka "Mayor"), under the 2000 Local Government Act. We actually only needed 8,805 but we expected the Council's current leadership to try to block it - so we got enough extra to prevent them from doing so!

Very reluctantly and after ignoring the legal time scales and after considerable lobbying and even the threat of Legal Action by local English Democrats, Salford City Council have now acknowledged the petition and have confirmed that it is valid and that it has triggered a referendum to let the people of Salford decide if they want an Elected Mayor.

I would like to openly congratulate our North West chairman, Stephen Morris, and his Salford Team for being the first of our groups to successfully trigger a local referendum on this issue!

At our September Conference last year I launched our project of getting Elected Mayors throughout England, as part of The English Democrats' mission to resuscitate English Democracy, and revealed that Mayoral Petitions had been registered in every relevant Local Authority in England by the English Democrats.

The race is now on to see which of our local groups will succeed in triggering the next referendum!

Here is an interview with Peter Davies, our Mayor of Doncaster, who is doing his honest best for his Town - perhaps every town will soon have its Peter?