Scottish Tory Splitter Ends Delusions Of Unity – Will It Mark The Dawn of a Federal UK? 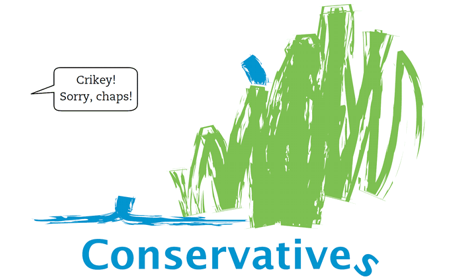 For years, the British Establishment parties in Scotland have operated as minor branches of their larger, UK/Unionist British head offices. Despite Scotland now having a powerful and evermore independent legislature, the Unionist parties have in Scotland remained subordinate to their organisational masters in London, pretending to be different but forever tethered to Westminster. Last May the SNP took effective advantage of this situation, winning an historic majority on the back of a campaign that they are the only truly Scottish party.

Murdo Fraser MSP, the favourite to be the next leader of the Scottish Tories, is attempting to change all that, claiming:

"If I am elected as leader of the party, I will turn it into a new and stronger party for Scotland. A new party. A winning party with new supporters from all walks of life. A new belief in devolution. A new approach to policy-making. A new name. But, most importantly, a new positive message about the benefits of staying in and strengthening our United Kingdom. A new party. A new unionism. A new dawn."

There have been some rumblings of support from some Tories in Westminster, and the general belief is that Mr Fraser's democratic mandate (should he win) will allow him to manage the party as he sees fit.
On the other hand some Westminster Tories have reacted with knee jerk anger to any threat to their dominance within their Party but fears that the move will encourage independence are perhaps misplaced. The centre right is pro-unionist and will resist the move to destroy the current constitutional status quo. However, the move could do more to advance the march of federalism than any other event since devolution, even perhaps more than the recent electoral successes of the SNP.

Some commentators have likened the move to situation in Germany where the Bavarian CSU operates as an ally of the CDU a Party which covers the rest of Germany. This argument has its merits, but also its limitations. Germany has 16 states, meaning the CDU contests and represents the vast majority of Germany. Without Scotland, the rump of the Tory Party will contest only England and Wales.

Although Wales does not have a politically effective Nationalist party, the Scottish Tory split could lead to demands for a dedicated English Conservative Party organisation and, in the light of the unresolved West Lothian question and the Scottish Parliament's increasing power, confidence and independence, the calls for an English Parliament will surely grow as will the demand for a truly English Nationalist Party like the English Democrats.

This sequence of events depends on the success of the new party. If the new Scottish Tories do manage to reinvent themselves, regain the trust of the electorate and create a united centre-right party to challenge the diverse and dominant left in the country, Labour and the Liberal Democrats may feel inclined, even obliged, to follow their lead and create separate entities to competitively contest elections. With this, a federal UK becomes the inevitable medium term consequence.

To suggest that the rebranding and reforming of even one of the main Establishment parties could lead to a historic change in the UK itself is an ambitious suggestion and one that relies on a fair degree of speculation. However, it will undoubtedly put the Conservatives (or whatever they become) on an equal footing with the SNP as a dedicated party for Scotland and demonstrates the ever-diverging political trends between Scotland the rest of the UK.

It is interesting to note that the “Blue Labour” movement has also been talking about becoming more pro-English and UKIP, the leading traditional British Nationalist party, is also considering adopting some measures to address England’s democratic deficit –both moves are considered only in order to try to preserve an increasingly constitutionally precarious “United” Kingdom and for tactical electoral advantage.
Posted by Robin Tilbrook at 15:55