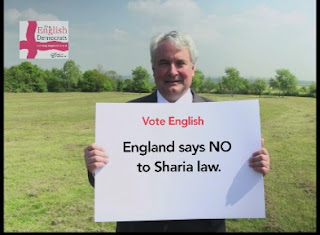 On Monday the Yorkshire Post and all its affiliates published the following article:-

A former Wakefield councillor has been named and shamed in a dossier revealing Islamophobic comments by current and former Conservative Party members.

Bryan Denson, who led the opposition Tory group on Wakefield Council between 2007 and 2009, was one of more than 20 individuals called out by the campaign group Hope Not Hate in an article published on Monday.

According to the group, Mr Denson shared a Facebook post by the Kent branch of the English Democrats in 2015, suggesting David Cameron was wrong to call Islam "a religion of peace".

The post featured images of the 9/11 terrorist attacks and Lee Rigby, the soldier who was murdered in Woolwich by a pair of extremists in 2013.

Mr Denson served as a councillor during the 2000s, and as the Conservative group leader between 2007 and 2009.

The BBC was told on Monday afternoon that the Conservative Party had suspended those named in the dossier who were party members.

The Local Democracy Reporting Service has tried to contact Mr Denson for comment, but he is yet to respond.

However, it's been suggested he left the Tory Party for UKIP after standing down as a councillor for the Wakefield Rural ward in 2011.

The Hope Not Hate dossier was published on Monday. It attacked the Conservative Party for failing to take strong action on members who'd been found to share Islamophobic material.

He said: "Bryan should have known better.

"I've not spoken to him for a long time so I don't know who he's been hanging round with to influence his thinking in that way.

"I think there's people of a certain profile who are quite new to social media and who don't realise that everything they say is out there straight away.

"People may have certain views that they've hidden for a long time and then they think they can express it on social media."

He added: "I think there's an element of people in society who think, "Why can't we say that stuff?"

Others named and shamed in the dossier included a mixture of Tory activists and councillors from across the country.

In a tweet accompanying its findings, Hope Not Hate said: "The Conservative Party needs to take much more seriously its obligation to Muslim members, and to the wider community.

"That means tougher sanctions, and more transparency about its processes and decisions.

"Time and again, Conservative activists have been suspended for Islamophobia. Time and again they have been allowed back without apology or serious disciplinary action. The lack of transparency means we rarely see what has been decided, or why."

In response a Tory spokesman told the BBC: "All those found to be party members have been suspended immediately, pending investigation.

"The swift action we take on not just anti-Muslim discrimination, but discrimination of any kind is testament to the seriousness with which we take such issues."

Here is a link to the original>>> https://www.yorkshirepost.co.uk/news/politics/ex-wakefield-tory-councillor-named-dossier-revealing-islamophobic-comments-made-and-shared-party-members-2017364

I have responded with a letter to the Editor of which I have no confidence will be printed by that self-glorifying advocate of “free speech”.  I will report if the Yorkshire Post does publish it.  Here is my letter:-

Re:  Your article on Monday, 2nd March by David Spereall:-  “Ex-Wakefield Tory Councillor named in dossier revealing Islamophobic comments made and shared by Party members”

The above article “named and shamed” Bryan Denson who was “called out” by the Far-Left “Campaign Group” Hope not Hate, for sharing a Facebook post by the Kent Branch of the English Democrats in 2015 which suggested that “David Cameron was wrong to call Islam “a religion of peace””.

Yet again, despite the disingenuous claims made by the Yorkshire Post’s Editor in his BBC Radio 4 interview your newspaper is shown to be against the free speech of all those who do not agree with your Editor’s Leftist views.

For anyone to describe Islam as “a religion of peace” is to demonstrate either that they are lying, or that they are ignorant of the history of Islam.  Anyone who does know anything at all about Islam’s history will be aware that it is a religion that was not spread by “Peace”, but by the sword and thereafter maintained by terror and massacre.

To claim otherwise is not an exercise in free speech, but in deception and propaganda, which is what any Newspaper or Editor who actually cared for free speech should be keen to “call out”.  So I say ‘well done’ to Mr Bryan Denson for exercising his free speech and ‘badly done’ to the Yorkshire Post for opposing free speech.