THE LIMITS OF EXPERTS’ MEDICAL ADVICE 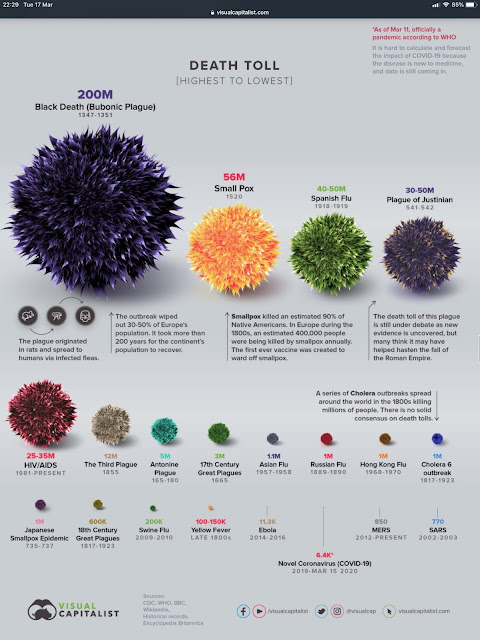 THE LIMITS OF EXPERTS’ MEDICAL ADVICE

It is an old wisdom that if you ask any expert specialist, particularly a medical expert specialist, for their advice on how to keep safe, you will wind up with advice that focuses too much on the immediate problem and too little on your general welfare.

Let me give you an example.

My own father in his late 70’s developed cancer and was therefore given the standard recommendation of six doses of chemotherapy.

Anyone who has had cancer will know that with each dose of chemotherapy your general health is impacted more and more seriously.

By the fourth dose I said to my father that I thought he should not take any more.  After all the prognosis on this cancer was one where, even if it came back it was sufficiently slow developing that he would probably have died of something else before it could get him.

My father, having been a good soldier was determined to carry on with the cancer specialist’s instructions and so he did complete the course of six chemotherapies.  The impact on his health however, was so bad that the last one had leached the calcium out of his bones and as a result he had a collapsed vertebra, which left him in agony for the rest of his life.

The Government in its panic over the Chinese Virus (aka Corona Virus) has asked its medical experts and specialists for medical advice on what is best to do to keep the vulnerable safe.  The predictable result has been that the medical experts have advised such a thorough Safety First policy, that the Government probably already crashed our economy by following it.

This is of course a drastic failure of political leadership. In this type of situation it is the job of politicians to balance the expert, specialist, medical advice with the need to keep the economy and society going.

It is worth remembering that so far as we can tell, all those who are under 65, unless they have underlying serious health conditions, are unlikely to be seriously affected by the Chinese Virus.

The more elderly, the more at risk people are.  That is of course partly because the older you are the more underlying health issues you naturally acquire and the more fragile your health becomes.

People who are at risk should of course, on any sensible basis, consider taking precautions, however the rest of society which is not at much risk really should be carrying on as much as they can without unnecessarily putting those at risk at yet greater risk.  That would have been the sensible approach.

What we have seen instead are wild panic measures for a disease which may well be far less dangerous than would have called for such measures.

I thought it was interesting that, when asked by Jeremy Hunt in the House of Commons Health Committee earlier this week, the Government’s medical expert admitted that we might well have 55,000 cases in the country with just over 100 people who have now died of it.  If that is the percentage of deaths to infections, then the Chinese Virus is far closer to the death rates in flu, than it is to the death rates for Bubonic Plague as the above graphic shows.

Our political system, as it currently stands, seems to select far too many people for high office who prove to be incompetent once appointed.  This inherent political incompetence, combined with wildly irresponsible, hysterical scare-mongering by our wholly unprofessional mainstream media, seems, yet again, to be creating a policy disaster.

The excessive “Safety First” type of thinking on a much more minor scale has become all too prevalent in the Health and Safety “Precautionary Principle” based thinking of officialdom.

There is of course no true “safety” for any of us. As the Book of Common Prayer's Funeral Service, rather gloomily, points out:-

“Man, that is born of woman, hath but a short time to live, and is full of misery. He cometh up, and is cut down, like a flower; he fleeth as it were a shadow, and never continueth in one stay.

In the midst of life we are in death; of whom may we seek for succour, but of thee, O Lord, who for our sins art justly displeased?”