ONE WORLDER GLOBALISTS PROVE THEMSELVES COWARDS OVER CHINESE VIRUS 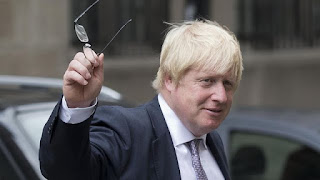 ONE WORLDER GLOBALISTS PROVE THEMSELVES COWARDS OVER CHINESE VIRUS

For years now Liberal Globalists and “Progressive” Internationalists have been talking up the virtues of globalisation, internationalisation and have also been persistently attacking and undermining Nationalists and Patriots.  All their pretentious talk of Progress and Internationalism which has accompanied Liberal Globalists’ claims of Progress towards a “New World Order” have now been exposed by their own cowardice in the face of the Chinese virus (aka Coronavirus) epidemic.

For years all those who warned against the consequences for the spread of disease and the spread of criminality and of the consequences of the importation of foreign criminals and of invasive species damaging our environment and of mass immigration damaging our Nation’s economy and heritage have been attacked and denigrated.  Defending all these was attacked as “reactionary” or “racist”, but now it is clear that it was actually just common sense!

The Liberal Globalists themselves, it seems all around the world, have been spooked into massive and hysterical overreactions never before seen, except during the height of the World Wars.

All elections have so suddenly been banned by Boris, who has showed himself to be no Winston Churchill.   Churchill went ahead with a General Election in 1945, when we were still at war with Japan!  Boris is not even a Lloyd George, who went ahead with a General Election in December 1918, at the height of the Spanish Flu epidemic, which is thought to have killed about 50 million people around the world!

The panic of the Establishment has been partly caused by the grossly irresponsible whipping up of public fears by highly partisan and inaccurate reporting in the mainstream media.  This has now created a situation in which the national and the world’s globalised economy is being crashed around us.  It is not any exaggeration to say that the economy may never fully recover.  It almost certainly will never recover to be the same that it was before!

So far as those political leaders who have identified themselves with panic measures in their countries, including Boris in ours, it seems safe to say that if this Chinese Virus does not turn out to be the massive threat that it is currently claimed to be, to justify all the array of restrictions on liberty that have been rolled out in the last few days, then I would expect the public to take a full and thorough revenge on them at the next elections and opportunity.

I have been asked what numbers of dead would justify crashing the economy and that is a hard question, but it seems to me that the comparison is with the two World Wars.

In the First World War Britain suffered some 895,000 dead.  In the Second World War the dead were far less at around 449,700 both including civilian casualties.

I do however think that public tolerance of levels of dead is less now than it was.

It may be that if the death toll is 100,000, that people will feel that Boris Johnson’s panic measures were justified to slow up and spread out the deaths.

That era will be one in which people turn against Liberal Globalists and Internationalists, turn back to our Nations as the bedrock of our communal lives and of our politics and of our trade.