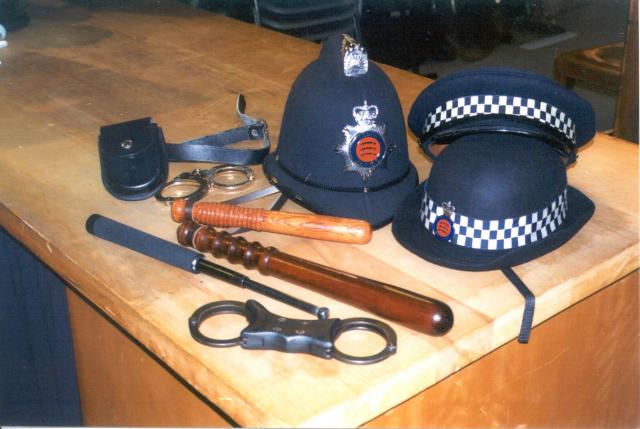 This is a press release which the English Democrats have just issued. Will we get your vote?

On Wednesday, three of the English Democrats’ potential candidates for the November 15th election of Police and Crime Commissioners attended the Association of Chief Police Officers Conference held in Manchester.

The English Democrats are in the process of selecting their candidates for Police and Crime Commissioners for the 38 Police Forces across England which are due to have elections on the 15th November. The Government has now published draft rules on the conduct of these elections.

The Police and Crime Commissioners will replace the previous largely ineffective and anonymous Police Authorities with a Directly Elected Commissioner with the power to hire and fire the Chief Constable and allocate the Police Force’s budget and set priority policies.

Robin Tilbrook, the Chairman of the English Democrats said: “Our manifesto has good old fashioned English common-sense policies for policing and I expect will strongly appeal to the electorates of most English Constabularies. Elected English Democrats’ Police and Crime Commissioners will purge their police forces of political correctness and focus their police forces on catching real criminals and maintaining traditional English Law and Order rather than Politically Correct social engineering projects or excessive harassment of motorists as an easy target to enable Chief Constables to claim inflated clear-up rates.

“If elected I shall remove motoring offences from Essex police statistics so that the clear-up rate of real crime is clear to Essex’s voters. I also intend to seek a mandate from the people of Essex that every police station should fly the Cross of St George; that “communities” budgets are used to promote Essex’s celebrations of St George’s Day and upon a zero tolerance attitude on the part of Essex’s police force to petty crime and anti-social behaviour, that blights so many of our communities.

“I fully intend to use the Police Commissioners power to dismiss the Chief Constable in the event of non-compliance.”

Key facts about the English Democrats

Relevant parts of the English Democrats’ manifesto are below:

1.6.1 We call for the compulsory flying of the English flag, the cross of St George, on all state-maintained public buildings in England.

2.11.1 Policing is an increasingly difficult job due to changes in our society, which now lacks the social cohesion and shared values that once gave us a mostly peaceful and well-ordered way of life. Our cities have become places where it is impossible to perform traditional communal policing.

2.11.2 English Democrats seek a return to a system of policing which recognises the principle that all citizens are treated equally. In their efforts to prevent crime and catch criminals the police should not be hindered and demoralised by unreasonable ideological constraints.

2.11.3 We should not lose sight of the fact that the basis for the maintenance of law and order in England rests on a firm foundation of active participation by law-abiding citizens. A relationship of trust and co-operation between citizens and police is essential to effective policing and the prevention of crime. With that in mind, it is reasonable to expect that policing should not be oppressive. The aim is a peaceable society in which liberty and justice can flourish.

2.11.4 It is essential that the police force be adequately trained and resourced.

2.11.5 Police forces should be more democratically accountable than at present. This would require the election of Chief Constables or the Police Authorities which appoint them.

2.11.6 English Democrats call for the creation of a scheme enabling businesses to pay for their security staff to train and register as Special Constables, their powers of arrest applying to their place of work and its neighbouring streets. Such registered security staff would be subject to Police staff performance monitoring and discipline.

2.12.1 The primary role of a legal system is to provide the means for settling disputes. It should enable those who suffer loss, in the form personal injury, theft, or damage to property, to be properly compensated by the party at fault. Laws, and the penalties for breaking them, should comply with the principles of natural justice.

As societies have become more complex, so have their law codes. To a great extent, this is unavoidable.

2.12.2 However, states and their governing elites are extending the reach of law into areas that infringe upon individual liberties. The result is a body of law which is more restrictive and complex than it need be. Many of the customs and principles of English law are being undermined in the political quest for greater conformity with Continental ideas and practices. Law is being used as a tool for imposing dogma. One of the consequences of these changes is that the police are increasingly being made the enforcers of political doctrine and moving further away from their traditional role of upholding the delicate balance between Order and Liberty.

2.12.3 In order to obtain justice, citizens must feel able to consult and employ the services of the legal profession. Many people are deterred from this by the procedures and costs of the present legal system. Improvements have been made in recent years but more needs to be done to make the system user friendly and efficient.

2.13.4 The English Democrats favours less law and a simplification of law. There are far too many matters currently covered by the criminal law. There should be a drastic reduction and rationalisation of the number and extent of criminal offences.

2.13.5 We must reform the jury system but not abandon it because the jury provides a democratic check on the legal system. The law is not the property of lawyers; it belongs to the people and should serve their needs.

Our preference is for a return to comprehensible, just and effective law. Given its current chaotic state, the law should be codified.

2.13.7 Except in an emergency there should be a single annual implementation date for new law. This will help rectify the current muddled situation where no one can be sure, without considerable effort or expense, whether a clause of a new Act has been brought into force or not. Also, some rules, for example the Civil Procedure Rules, are being rewritten so frequently that new editions are being published more than once a month! This leads, not surprisingly, to the shameful situation where no-one, not even the judiciary, can be sure of the current rule in force without first making unreasonable efforts to research the point.

2.13.8 In order to avoid such excessive complexity developing again, a monitoring system should be devised which ensures that new law is unambiguously comprehensible and properly and efficiently enforceable. This could be a function of a reformed Second Chamber.

2.13.10 The English Democrats believe that every victim of a criminal offence should have the right to address the court on the question of sentence and for the court to be required to bear the victim’s views in mind when passing sentence.

2.13.11 It is not acceptable that 100,000 hardened criminals commit over half of all crime in the U.K. Once a criminal is identified as beyond effective rehabilitation he or she must be kept out of the community until no longer a risk.

2.13.12Prisons should be designed and equipped so that prisoners are not subject to degrading conditions

3.20.1 The people of England should be able to celebrate St George’s day as a National Holiday.