Is UKIP here to stay?

The heading of this item superficially might seem perverse at a time when UKIP appears to be riding high but see what you think after considering what Peter Oborne has to say.

Peter Oborne is the Daily Telegraph's chief political commentator and one of our most thoughtful political analysts. At the beginning of November, he wrote the interesting Article below.

The article's originality is not so much about UKIP as about his theory of the split within the ranks of Conservatism which UKIP represents.

The implication of Peter Oborne's theory is that if the official Conservative Party shifted its positioning to encompass Euroscepticism then UKIP would be reabsorbed. Interestingly we have had corroboration of just such a probability in this recent polling >>> 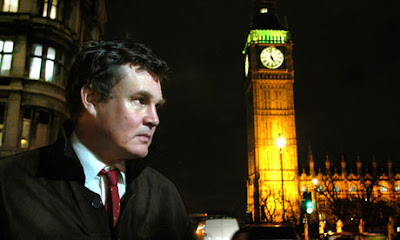 As the landscape starts to shift, Ukip can create political havoc

The modern history of the Conservative Party has been poorly understood, mainly because it has been written by the winner – the modernising faction that undermined the leadership of William Hague and Iain Duncan Smith before seizing control after the 2005 election defeat.

These modernisers like to portray recent Tory history as a victory for change, pragmatism, progress and sanity. But this relentlessly optimistic account ignores the central truth: the Conservative Party formally split in the decade that followed the political assassination of Margaret Thatcher in 1990.

The first manifestation of this split was the creation of the Anti-Federalist League by the distinguished historian Alan Sked in 1991, at just the time that the Maastricht Treaty was signed. The decision to deprive eight Conservative MPs of the whip in the mid-1990s was another significant moment. Sir James Goldsmith’s Referendum Party took the disintegration process one stage further.

Sir James was far more successful than is widely appreciated, and forced the Conservative government to pledge a referendum on future European treaty changes. He also sucked away many Tory activists. When the Referendum Party folded after his death the following year, these activists tended not to return to the Conservatives. Many of them gave their loyalty to Ukip, the protest party led by Nigel Farage which now campaigns for Britain to leave the European Union.

In contrast to the racist BNP, which tends to attract former Labour supporters, Ukip is in reality the Conservative Party in exile. Many of its senior members wear covert coats and trilbies, making them look like off-duty cavalry officers. They are fiercely patriotic and independent.

Farage himself is a very jolly chap who smokes, drinks and occasionally gets into minor trouble. He is instantly recognisable as the kind of man who would have served loyally in the post-war Conservative Party and would have been popular with opposition parties. He is one of the relatively few politicians I actually look forward to meeting. Indeed, Mr Farage, who abandoned the Tories on the day that Margaret Thatcher quit as party leader, is entirely representative of his membership, many of whom are small businessmen, or served in the Armed Forces, and are extremely public-spirited.

It was widely noted that party activists were heavily outnumbered by lobbyists at this year’s Conservative conference. One of the reasons was that so many Tory activists have gone off to join Ukip. Practically all of its supporters were instinctively at home in the party of Margaret Thatcher. A steady trickle of former Tory grandees have defected to Mr Farage’s party: Alexander Hesketh, the former treasurer and chief whip in the House of Lords, is the most recent.

If a Left-wing party had reached Ukip’s size and consequence, the media would be fascinated. But, because of its old-fashioned and decidedly provincial approach, it has been practically ignored. In the 2004 European elections, the party gained a sensational 16 per cent of the vote. Had it been the Greens or the Communists that had pulled off this feat, the BBC would have gone crazy. Instead it chose not to mention this event, coolly classifying Ukip as “other”.

For the metropolitan elite, the party scarcely exists. This is why last Sunday’s YouGov poll showing that support for Farage’s party had crept up to 7 per cent – just one point fewer than the Liberal Democrats – gained no coverage. But the significance of this is very great. I believe that Ukip is about to take over from the Lib Dems as Britain’s third largest political party.

The Lib Dems are finished for the foreseeable future – the invariable fate of the smaller party in a coalition government. They will be fortunate to retain a dozen seats at the next general election. Meanwhile, Ukip will probably overtake them in the polls over the coming months, most likely pulling well ahead as the general election approaches. The European elections, due in two and a half years’ time, will provide an important test: my guess is that Ukip will perform very strongly, while the Lib Dems will be all but wiped out.

It is becoming painfully apparent that Paddy Ashdown and Charles Kennedy made a historic mistake at the end of the last century. Had the Lib Dems then made the decision to reflect popular opinion and challenge the European Union, they could have been a genuinely radical party, capable of confronting head-on and overtaking their two main rivals. Instead (to the despair of several of their MPs), they timidly chose to become a voice of the European machine in Brussels, meaning they became part of the consensus and were never able to make the breakthrough they wanted.

As a result of this failure of nerve and vision, Britain’s political architecture is about to be transformed. Since the Second World War, our third national party has been on the Left. This has meant that Conservative governments have often been pulled towards the centre, while Labour governments have had crucial cover. We are now moving towards a new era, in which the most significant third force may be on the Right.

The consequences of this are, at this stage, hard to predict. It is possible that Ukip may develop into a rebellious third party, like Jean-Marie Le Pen’s Front National in France, but this is unlikely: Le Pen’s party was semi-fascist, and Ukip seems too fundamentally British, conservative and decent to go down that frightening route. Furthermore, our electoral system holds back Ukip, just as it does the Lib Dems. Though it is easier now to imagine the former surging to victory in a by-election, with the latter extinguished as a vehicle for protest votes, it is virtually inconceivable that Mr Farage’s party can win parliamentary seats at the next general election.

But Ukip can still exercise a determining influence. The strength of its national support means that it holds the future of scores of Tory MPs in its hands. By running a candidate in a marginal seat, it can deprive the Tories of a few thousand votes, more than enough to cause him or her to lose – indeed, one Tory, David Heathcoat-Amory, ironically himself a Eurosceptic, blames Ukip for his loss in the 2010 election.

Meanwhile, the party can throw its weight behind Tory candidates fighting for their lives against Lib Dem or Labour rivals. But in return, of course, it is entitled to demand a price and insist that those candidates pursue strong anti-European policies. This ability to determine or affect the result in individual constituencies means that Ukip can intervene dramatically in the Tory civil war over Europe which broke out after last week’s Commons vote. It can terminate the careers of ministers and loyal backbenchers, while throwing a lifeline to rebels.

Ukip’s strength is very easy to explain. The leadership of the three mainstream parties have made an error. They are determined to cleave to the centre ground. Ukip alone has the courage to stand outside this cosy alliance and to cause havoc. Meanwhile, it goes without saying that a Tory leader can never win an election so long as the broader Conservative movement is so painfully split.

http://blogs.telegraph.co.uk/news/peteroborne/100115144/as-the-landscape-starts-to-shift-ukip-can-create-political-havoc/
Posted by Robin Tilbrook at 13:37