Is the UK really a democracy at all?

Can the UK properly call itself a genuine and free democracy when a leading historian and academic cannot even publically express his point of view without being vilified by the political and media Establishment?

Here is the link to the appallingly badly chaired discussion on Newsnight:- http://www.bbc.co.uk/news/uk-14513517

And here is Dr Starkey's article in the Daily Telegraph of today, (note - Ed Miliband's attack on free speech):-

UK riots: It’s not about criminality and cuts, it’s about culture... and this is only the beginning. Condemned as a racist for his comments on 'Newsnight' following the riots, the historian David Starkey speaks out against those who tried to silence him for confronting the gangster culture that has ruptured our society. 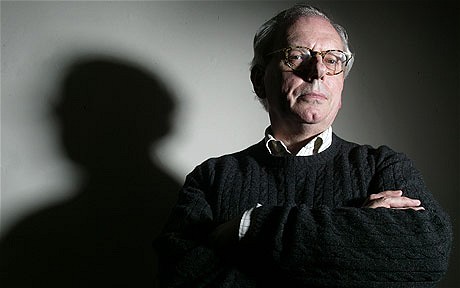 What a week! It’s not every day that you’re the subject of direct personal attack from the Leader of Her Majesty’s Opposition. On Tuesday, after he had spoken at his old school, Haverstock Comprehensive, about the riots, Ed Miliband was invited by a member of the audience to “stamp out” the now-infamous opinions I had expressed on the same subject on last Friday’s Newsnight.

Mr Miliband might have replied that he disagreed with what I said, but in a liberal democracy defended my right to say it since it broke no laws. Not a bit of it, I fear. Instead, Miliband – the son of a refugee who fled from Nazi Europe to preserve his life and freedom of thought – agreed enthusiastically with the questioner. Mine were “racist comments”, he said, “[and] there should be condemnation from every politician, from every political party of those sorts of comments.”

Strong words. But what do they mean? Well, the following statements are verbatim quotations of some of the principal points I made on Newsnight: “A particular sort of violent, destructive, nihilistic, gangster culture has become the fashion.” “This sort of black male [gang] culture militates against education.” “It’s not skin colour, it’s cultural.”

“Disgusting and outrageous”, are they? In which case, those who agree with Miliband must believe the opposite of all these. They are therefore convinced that gang culture is personally wholesome and socially beneficial.

But how, then, to explain the black educationalists Tony Sewell and Katharine Birbalsingh defending the substance of my comments on “gangsta” culture, as well as Tony Parsons, who wrote in the Labour-supporting Daily Mirror that, “without the gang culture of black London, none of the riots would have happened – including the riots in other cities like Manchester and Birmingham where most of rioters were white”.

Even stranger is Miliband’s apparent notion that, far from militating against educational achievement as I suggested, “the gang culture of black London” must therefore be a seedbed for scholarship and sound learning. Odd, isn’t it, that Waterstone’s bookshop was the only business unlooted in the Ealing riots? And odder still that Lindsay Johns, the Oxford-educated mixed-race writer who mentors young people in Peckham, argues passionately against “this insulting and demeaning acceptance” of a fake Jamaican – or “Jafaican” – patois. “Language is power”, Johns writes, and to use “ghetto grammar” renders the young powerless.

“So why,” some of my friends have asked, “didn’t you stop there?” “Why did you have to talk about David Lammy MP sounding 'white’? Or white chavs becoming 'black’?” The answer is that I thought my appearance on Newsnight was supposed to be part of a wide-ranging discussion about the state of the nation. Central to any such discussion, it seems to me, are the successes and failures of integration in Britain in the past 50 years. And it was these that I was trying to address.

On the other hand, there is no doubt that my remarks on this subject produced especial outrage. I was accused of condemning all black culture; of using white and black culture interchangeably to denote “good and bad”, and of saying that blacks could only get on by rejecting black culture. Actually, I said none of those things and nothing that I did say could have been construed as such by any fair-minded person.

Instead, I was trying to point out the very different patterns of integration at the top and bottom of the social scale. At the top, successful blacks, like David Lammy and Diane Abbot, have merged effortlessly into what continues to be a largely white elite: they have studied at Oxbridge and gone on to Oxbridge-style careers, such as that of an MP.

But they have done so at the cost of losing much of their credibility with blacks on the street and in the ghettos. And here, at the bottom of the heap, the story of integration is the opposite: it is the white lumpen proletariat, cruelly known as the “chavs”, who have integrated into the pervasive black “gangsta” culture: they wear the same clothes; they talk and text in the same Jafaican patois; and, as their participation in recent events shows, they have become as disaffected and riotous.

Trying to explain why, led me to what all my friends agree was my greatest error: to mention Enoch Powell. Tactically, of course, they are right, as the “Rivers of Blood” speech remains, even 40-odd years after its delivery, an unhealed wound.

Unfortunately, the speech and still more the reaction to it, are also central to any proper understanding of our present discontents. For Powell’s views were popular at the time and the London dockers marched in his support. The reaction of the liberal elites in both the Labour and Tory parties, who had just driven Powell into the wilderness, was unanimous: the white working class could never be trusted on race again. The result was a systematic attack over several decades: on their perceived xenophobic patriotism, on symbols like the flag of St George, even – and increasingly – on the very idea of England itself.

The attack was astonishingly successful. But it left a void where a sense of common identity should be. And, for too many, the void has been filled with the values of “gangsta” culture.

Consider the converse. One of the most striking things about the England riots is where they did not happen: Yorkshire, the North East, Wales and Scotland. These areas contain some of the worst pockets of unemployment in the country. But they are also characterised by a powerful sense of regional or national identity and difference that cuts across all classes and binds them together. And it is this, I am sure, which has inoculated them against the disease of “gangsta” culture and its attendant, indiscriminate violence.

Scotland, Alex Salmond says smugly, is a “different culture”. It is indeed, since the Scots are allowed - and even encouraged - to be as racist as they please and hate the English with glad abandon.

I do not want a similar licensed xenophobia here. But an English nationalism we must have. And it must be one that includes all our people: white and black and mixed race alike.

Fortunately, there is a powerful narrative of freedom that runs like a golden thread through our history. “The air of England is too pure for a slave to breathe in,” counsel declared repeatedly in Somersett’s Case, about the legality of slavery in England, in 1772.

We must focus on the righting of the wrong rather than the original wrong itself. The former heals; the latter divides. And we have had enough of division. There is a final point. If all the people of this country, black and white alike, are to enter fully into our national story, as I desperately hope they will, they must do so on terms of reciprocity. In other words, I must be as free to comment on problems in the black community as blacks are to point the finger at whites, which they do frequently, often with justice, and with impunity.

For the other pernicious legacy of the reaction to Powell has been an enforced silence on the matter of race. The subject has become unmentionable, by whites at any rate. And any breach has been punished by ostracism and worse. As the hysterical reaction to my remarks shows, the witch-finders already have their sights on me, led by that pillar of probity and public rectitude, Piers Morgan, who called on Twitter for the ending of my television career within moments of the Newsnight broadcast.

But the times have changed. Powell had to prophesy his “Tiber foaming with blood”. We, on the other hand, have already experienced the fires of Tottenham and Croydon. Moreover, the public mood is different from the acquiescent and deferential electorate of the Sixties. We are undeceived. We are tired of being cheated and lied to by bankers and MPs and some sections of the press.

We will not continue, I think, to tolerate being lied to and cheated in the matter of race. Instead of “not in front of the children”, we want honesty.

But this is only the beginning. The riots are the symptom of a profound rupture in our body politic and sense of national identity. If the rupture is not healed and a sense of common purpose recovered, they will recur – bigger, nastier and more frequently. Can we stop bickering and address this task of recovery and reconstruction – all together?