The UK - what's in it for England? The Unionist World Turned Upside Down? 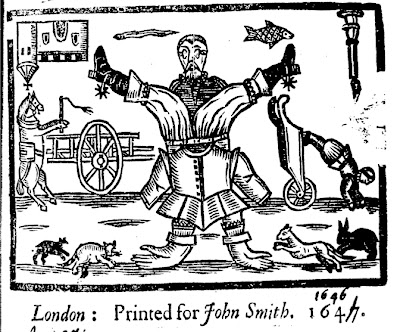 My attention was caught today by a comment from a Scottish Nationalist, on Eddie Bone's recent article in the Huffington Post, who queried whether Unionists would be able to make a convincing argument for Scots to join the Union. Here is the link to that:- http://www.huffingtonpost.co.uk/eddie-bone/what-happens-if-scotland-becomes-independent_b_1842498.html
Taking this lead, let's look at the benefits of England's membership of the United Kingdom in another way.

Just suppose that, instead of a Referendum for Scotland to leave the Union, there was in fact going to be a referendum about whether England should JOIN the Union.

How would British Unionists sell it to us English?
Would they tell us:-

That there would be no English parliament and that the new British state would take over control and use of our London Parliament in Westminster?

That the English People would have no effective way to affect policy in the Union because our leading political parties would all be dominated by careerist politicians who hate and fear the very idea of England?

That all the taxes and receipts collected in England would be transferred to the British Government in London to use as it wishes anywhere in the world whilst totally ignoring English National Interests?

That many English natural resources etc. would be deemed the property of the British Government in London and that they might transfer them to the ownership of the EU without even asking us?

That England would retain it's legal structure just to the extent and just as long as it didn't clash with the plans of the British Government in Westminster/Whitehall? That all English taxes and receipts would be subsumed into the British Government's Exchequer in Whitehall and that a much smaller share would be spent per person in England than in Scotland, Wales and Northern Ireland, and come at a cost to us of £49 billion a year?

That the English People would have no effective say in the defence of England?

That the English People would have no effective say about immigration into England even though England is now the fifth most crowded nation on Earth? That the British Government and British Establishment political parties would pursue policies of both breaking up England into "Regions" and our communities into seperatist multiculturalist ghettos whilst neither seeking nor having any democratic mandate at all to do so?

That the English People would have no effective say in EU matters and that the British Government would give nearly £30 Billion a year of English taxpayers' money to the EU without even asking us?

Now of course the basis of this supposition really is ridiculous because such politicians would never tell us the truth would they? But just suppose and just consider for a moment - would we English actually vote to join such a Union? This is the situation, though, and is exactly what British Unionist parties try to bamboozle us is such a great deal for England! Now I wonder what that Scottish Nationalist would say about all that?
Posted by Robin Tilbrook at 09:44