Is Plaid Cymru's new leader an Anti-English bigot? Judge for yourself! 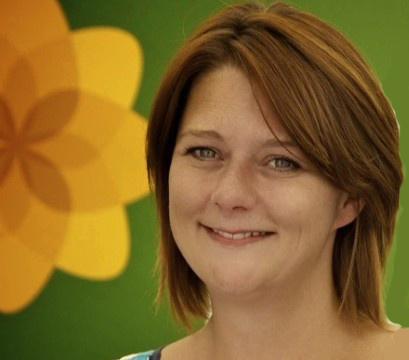 Judge for yourself - Is she really just a plain old fashioned bigoted Anglophobe but does not have the guts to admit it?

And also is she even a nationalist at all? Look at her comments on national identity.

Also what kind of a welsh nationalist would want yet more handouts from the English?

Here is the key extract from the interview:-
"Q: Alex Salmond .. described himself as a "staunch anglophile". Are you an anglophile?
A: I would not say I'm not an anglophile, specifically. I'm a francophile, I like Spain, I like Scotland.
Q: But are you a francophile but not an anglophile?
A: I don't have to choose as far as I see it.
Q: No, but if you are happy to describe yourself as a francophile are you happy to describe yourself as an anglophile?
A: I would like to see myself as somebody who looks to nations all over the world. England would be one of those. But it would not be over and above any others particularly for me.
National identity
Q: Do you think it is sensible to talk about national identity? Is there such a thing as an English national identity and a Scottish national identity and a Welsh national identity?
A: I do think there is such a thing. My approach to politics is very much as a civil nationalist. So for me Wales is about who lives here now and what contribution they want to make to building up our communities and our civic body politics, if you like. In a world that is becoming more Coca-Cola or Pepsi or McDonald's or Big Mac, people are going to want to find ways that mark their identity out as a bit different, find aspects of culture that are unusual and quirky, because I think that everything being the same is a bit boring and bland."

Here is a link to the full interview >>> http://www.guardian.co.uk/politics/2012/sep/12/plaid-cymru-leader-wales-prosper

No wonder Plaid Cymru's support is slipping and that the English Democrats won more than double Plaid Cymru's vote at the last EU election!

Please do write to Ms Wood, to politely but firmly protest! Here is her email address:- Leanne.Wood@wales.gov.uk
And here is the email of the Guardian's Andrew Sparrow if you would like to make the point to him too:- andrew.sparrow@guardian.co.uk
Posted by Robin Tilbrook at 10:53