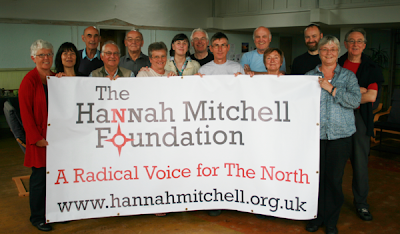 There is quite a long standing (partly EU motivated), plan in Westminster to break up England into “Regions”.

The plan began being implemented by John Major’s “Conservative” Government after the Maastricht Treaty was signed.

When Labour came to power in 1997 they enthusiastically adopted the proposal as an adjustment of their plans to devolve the Nations of Scotland and Wales.

The various proponents of Regionalisation and of European integration waxed lyrical about getting rid of these old bug bears of the Left, England and the English Nation, upon the rocks of which, according to Karl Marx “all the revolutions of Europe founder”.

In 1999 Charles Kennedy, then the Leader of the Liberal Democrats, excitedly told an audience of the Party faithful in Dunfermline that he supported Regionalisation because “it is calling into question the idea of England itself”. Labour’s then Deputy Prime Minister, John Prescott, was claiming that “there was no such nationality as English” and Jack Straw, Labour’s Home Secretary, was saying “ The English are potentially very aggressive, very violent” with full agreement from the Conservative’s then Leader, William Hague, who even went so far as to claim “that English nationalism is the most dangerous of all forms of nationalism”!

But, alas for all the Regionalisers hopes, that old rock of England ripped out the bottom of their vessel even as the gerrymandered faux “Region” of the “North East” (formed by splitting the “Northern Region”, which the Conservatives had created with a view to gerrymandering a Conservative majority into the two Labour dominated “Regions”, “North East” and “North West”). John Prescott’s referendum there in 2004 was overwhelmingly rejected by 79% of the People.

Since that time the Regionalists have patched up their badly damaged vessel and tried to float “City Regions”. The bottom of that initiative has just been ripped out again by the failure of the City Mayoral referenda earlier this year.

Back to the dockyards the Regionalists vessel has had to go but its re-launch has just been announced! The Labour Think Tank, The Hannah Mitchell Foundation, led by “Professor” Paul Salveson, has just proposed, splitting England into two halves and there being a “Northern Parliament”. Talk about desperate!

But then you can see from the article that their main objective is trying to avoid an English Parliament! The doom of these hopes has already been pronounced by one of their own Think Tanks, the IPPR, in January (click here for a copy of that report>>> http://www.ippr.org/publications/55/8542/the-dog-that-finally-barked-england-as-an-emerging-political-community ).

I would remind everyone of Mahatma Gandhi’s saying which gives a good idea of how far advanced our cause now is: “First they ignore you, then they laugh at you, then they fight you, then you win.”

Here is the article>>> http://www.yorkshirepost.co.uk/news/at-a-glance/main-section/think-tank-calls-for-north-to-have-its-own-parliament-1-4871613

"Think-tank calls for North to have its own parliament

YORKSHIRE should take its lead from Germany, with a separate parliament for the North, if the region is to avoid being caught in an economic pincer movement between a booming London and a resurgent Scotland.

A political think-tank believes this approach would be preferable to the “city deals” that Ministers recently signed off for?Leeds and Sheffield.

It comes after the Hannah Mitchell Foundation, set up in memory of the one-time suffragette and Labour campaigner in the North, held a special conference to debate devolution policy.

“What emerged was a consensus that the North of England needs its own devolved government with powers comparable to those currently enjoyed by the people of London, Wales, Scotland and Northern Ireland,” said Foundation chairman Barry Winter.

“We only have to look at post-war West Germany to see how successful regional government has been in creating an economic and political super-power. As long as England remains so centralised and London-focused, the North’s economy will never reach its full potential. A parliament for the North must work in a way that is open, democratic and inclusive. It’s about building a new kind of politics.”

“It would marginalise the North even more and enshrine the economic and political power of the South East to the detriment of all other parts of England.”

Prof Salveson says the key is striking the balance between a smaller government in Westminster, an effective Parliament for the North and reinvigorated local authorities."

This is what I wrote to bait the Yorkshire Post:-

Re: Article “Think Tank calls for North to have its own Parliament”

I was amused by your article announcing the comments of yet another Labour Think Tank with a tiny unrepresentative membership of far left cranks who are calling for England to be split into two, without the slightest trace of any democratic mandate to do so. http://www.hannahmitchell.org.uk/2012/08/26/a-new-vision-for-the-north-in-a-federal-britain/

Labour’s attempt to break up England was overwhelmingly rejected by the People in its gerrymandered faux “region” of the “North East” in 2004. Now even its own researchers in one of its other Think Tanks, the IPPR, has admitted that the demand is growing for a Parliament for England. http://www.ippr.org/publications/55/8542/the-dog-that-finally-barked-england-as-an-emerging-political-community

You would have thought that Labour might have learnt its lesson and at least pretend to care for England and the English Nation! Their failure to do so shows the urgent need for all those that love England to combine within the only effective English nationalist party – the English Democrats!

If you like it, please do forward this blog article on to all your friends and relatives and everyone you know who may care about England, as all those that do care about England really do need to unite to make a determined call for an English Parliament and thus a final shipwreck of all the Regionalisers’ dreams!
Posted by Robin Tilbrook at 14:44