My Evidence to the Kelly Commission on Political Funding 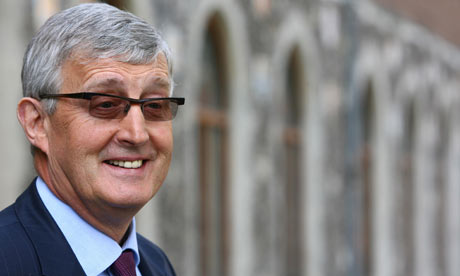 I was asked to give evidence to the Kelly commission. This is the one which has just recommended a raft of measures which would give the Establishment yet more of our money!

Here is my FOLLOW-UP SUBMISSION

When I and Sir Paul Judge attended the committee, the acting Chairman asked me to get verification of what I was saying about the Belgian situation. I have therefore had it verified by Vlaams Belang.

The Belgian Establishment has restricted raising Party funding by private donations and has then manipulated state funding to attack the democratic rights of those that challenge the Belgian State’s legitimacy.

In national identity terms Belgium is split between the Flemings and the Walloons (French speaking). Belgium exists as a state because the 19th Century imperialist powers created it as a buffer to contain France and so it was created without regard to the Nationalist aspirations of the people thus unwillingly corralled.

In 2004 the predecessor of Vlaams Belang, Vlaams Block, the leading Flemish Nationalist Party, was “convicted” of violating a Belgian “anti-racism” law after its political opponents had made drastic changes to the relevant legislation to redefine “racism” to include any expression of Flemish Nationalism. What the Belgium Government in effect did is to blatantly adjust the legislation in such a way that they could have Vlaams Blok condemned.

The initial trial, that ended in 2004, led to Vlaams Block being heavily fined and thus financially crippled, as no private funding could be received to pay the fine. Vlaams Block therefore ceased operation and a successor was created -Vlaams Belang.

In May 2006 the Walloon Parties (French speaking) and the Flemish Socialists and Greens started a legal procedure against Vlaams Belang party on the grounds of them being “racist”. Their aim is to deprive Vlamms Belang of government party funding. If successful, this would cost Vlaams Belang 2 million euros p.a. and make it financially unviable.

This latest process was formally legally initiated in October 2006, by the Belgian “Council of State”. Half the members of the General Assembly of the State Council (which will decide whether state funding will be cut off or not) is French-speaking, and many of them are also politically appointed or have clear ties to a Belgian Establishment political party.

Vlaams Belang have been fighting the whole procedure by challenging all French-speaking judges on suspicion of bias. These challenges have not yet been dealt with, but have now been extended to all judges of socialist leanings. Recently a “Commissioner of Audit” has judged that the prosecutors must produce evidence that anti-racism laws have been violated 60 days before the suit was filed. Nevertheless Vlaams Belang’s opponents are proceeding with their legal proceedings.

The effect of this cynical manipulation of democratic norms is to undermine not only the democratic legitimacy of the Belgian State itself but also to illegitimately politicise the Belgian Judiciary."
Posted by Robin Tilbrook at 19:00