Seeing ourselves as others see us

I think that it is often useful to see what others think of us as it helps us to be objective about our own strengths and weaknesses. 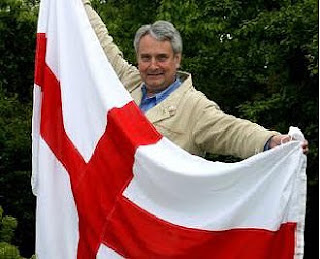 A couple of days ago I was browsing, in my local Library, and picked up the AA's guide book for England. I was partly inspired to do so because of the relief to find one about England as most of the other guidebooks which included England were about Great Britain or the UK and so I wanted to see what the AA had to say specifically about England and here it is:-


THE ESSENCE OF ENGLAND

England really is a green and pleasant land, a place of rolling landscapes and scenery that can make your heart ache. But it’s also a varied and very cosmopolitan country, and offers so much that it is almost folly to try to cram everything into one visit (you simply won’t). The secret is not to be too hasty. Linger, perhaps longer than you intended, whenever a particular place captures your imagination. Be flexible, change your plans as you go along, and be prepared to spend time exploring street markets, go for a walk in a town park, or simply enjoy a pint of beer at the local pub.


For many visitors it is hard to comprehend the variety England has to offer, from its charming country villages to the magnificent monuments of its great cities; it’s a place of extremes but also seems very homogeneous and united.

Today England is a world leader in art, music and fashion. Politically and economically it is still a major player, as a part of the United Kingdom. There is a great feeling of openness, of a willingness to share England’s heritage, whatever form it takes, with visitors and local people alike.

But England is also very European, in spite of the political bickering that goes on. Gone is the arrogance of imperialism; instead there is a recognition that England is one among many on the world’s stage, with a role for everyone. It is a more worldly, more enterprising place that above all has a developing pride in its history and its place in the world.

· England is the largest political division of the United Kingdom of Great Britain and Northern Ireland.

· It is a highly industrialized and agriculturally developed country, which is densely populated and rich in history.

· London, the capital, is also by far England’s largest city, with over 7 million inhabitants.

· Birmingham in central England the next largest city, has around a million inhabitants.

· Northern England boasts a clutch of cities with around 500,000 inhabitants, including Leeds, Manchester, Liverpool, Bradford, Sheffield and Newcastle. In the southwest, Bristol and Plymouth are the largest centres of population.

· London’s hosting of the 2012 Olympic Games should provide a welcome boost to the economy.

A FEW FACTS AND FIGURES

· In England, ten National Parks, including the newest in the New Forest, offer almost 5,000sq miles (13,000sq km) of countryside, protected for their scenic and recreational value.

· There are also more than 40 designated Areas of Outstanding Natural Beauty (ANB), with a similar protected status.

· Spread across the English countryside is a massive network of thousands of miles of footpaths, bridleways (open to horses and cyclists) and byways.

· Most towns and cities have formal parks in or near their centres, while in the surrounding areas you’ll find country parks, where there is a less formal environment, and a greater chance of seeing some wildlife.
Posted by Robin Tilbrook at 14:54