CORRUPTION IN THE BNP

Last night’s Panorama programme (with an estimated viewing of up to 3.5 million) was an apparently dispassionate but utterly damning indictment of the culture of dishonesty and downright thuggery at the heart of Nick Griffin’s BNP. 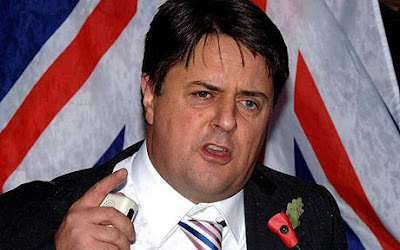 I have no personal knowledge of the truth of these allegations but I have heard much that fully corroborates the details of Panorama’s allegations.

As often happens in fraud investigations, the programme did not focus on showing the big picture but it did offer detailed proof of several very damaging and undoubtedly, if proven in court, criminal allegations.  It is also true that many of the even more serious allegations being discussed on the internet would never be published on a BBC programme for fear of giving Griffin a windfall win of damages for defamation because of lack of detailed proof of their truthfulness.

In any event, by avoiding the usual ranting approach of programmes featuring the BNP, I suspect that Panorama will have caused far more long term damage to the BNP than might be apparent now.  This is because it is not true that all publicity is good publicity. While such a sweeping statement might be true if you are a porn star, for a politician any publicity that suggests that he is dishonest, unprincipled, self-seeking or a joke are all usually fatal to that politician’s credibility.  Some of these allegations were very much along those lines and so the damage to Nick Griffin’s credibility will be serious.

It seems that the root of the trouble was the simple desire to make money.  In a business man this is normal but for a credible political figure or party this can only properly be for their cause. As Erasmus said early in the 16th century:- (Piscis primum a capite foetet) A fish rots first from the head!

In stark contrast, in the English Democrats we have used every penny that we have raised for our Cause and none at all on the lifestyle, or even on out of pocket expenses, of our leadership.  Indeed I personally, as have quite a few others, have put a substantial amount of money into the Party to help campaign for the future of England, our Nation and for an English Parliament.

I fully intend that we shall continue to do so and that the English Democrats will continue to campaign to make the difference for the people of England without any taint of greed or self interest.
Posted by Robin Tilbrook at 16:50