When even the Brit-fanatic Daily Mail prints that ENGLAND "has been the world’s most astonishingly successful small state" then britishness must really be in trouble!

From a distinguished liberal writer, a surprising call to arms, By SIMON JENKINS

If I had to buy shares in a nation just now I would buy England. Not the United Kingdom, that is, but England. Each year the union that once bound the British Isles together sees the same constitutional malaise as is infecting Britain’s other union, the European one. Most of Ireland broke away in 1920. Scotland claims ever more autonomy. Visit Edinburgh these days and it feels like Dublin. Even Wales, with no autonomy since Norman times, is detaching itself.

What historians call the first British empire is going the way of the second, larger, one. It is the march of history; nothing is likely to stop it.

England is the Cinderella of British history. The Irish, Scots and Welsh have a distinctive history and culture, and regard England and the English as separate. It is the English who still talk of Britain and the British, insisting that histories of Britain treat the islands as a homogeneous whole. 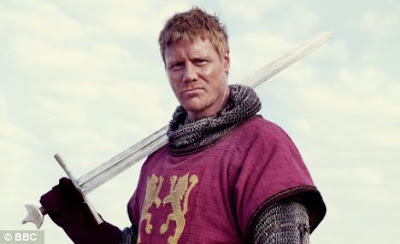 This distorts the status of the Celtic countries, and it relegates England to a land of hysterical sports fanatics and tattooed extremists, waving the flag of St George and chanting obscenities at foreigners.

Having just completed a short history of England – written to be enjoyed in three hours – I find this sad. England is a proper country, separate from the half of the British Isles that is not England. The Anglo-Saxons overran the ancient Britons in the Dark Ages but they never fully conquered and certainly never assimilated the Celts beyond Offa’s Dyke, Hadrian’s Wall and the Irish Sea. For most of history they treated these peoples with colonial disdain and were treated rebelliously in return.

British political correctness cannot conceal the fact that the British Isles have never been a harmonious entity. The English like to imagine Britain as one happy family, but that is not how it was seen by followers of Llywelyn, Glyndwr, Wallace, Bruce, Tyrone or Parnell. The Irish never accepted English rule. The Scots are ruled by nationalists and their Tories now feel obliged to seek a separate identity. The political chains binding the Welsh to England, forged by Lloyd George and then the Labour Party, are breaking.

So what of England? Its story is the more remarkable when shorn of ‘Britishness’. It has been the world’s most astonishingly successful small state. Though conquered by Vikings and Normans, the English never surrendered their language and assimilated newcomers with ease. From the 11th Century onwards, few wars were fought on English soil, enabling towns to grow rich and entrenching territorial families, many of whom, like the Percys, the Stanleys and the Howards, remain extant to this day.

England’s story is customarily told as a pageant of personalities and events, such as the Peasants’ Revolt, the Napoleonic Wars, the British Empire and Hitler. It is history as a series of scenes without a linking script.
I see it in more old-fashioned terms as a continuous saga, in which England’s leaders struggled with the English people to fashion a coherent nation state. This state went on to rule a stable empire and admit the earliest liberal democracy in the world. 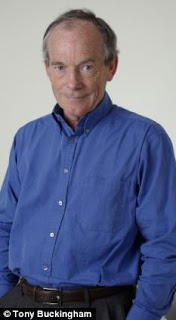 As today, the struggle of ‘consent to rule’ concerned money. The English people would finance the ceaseless Plantagenet wars only in return for rights and freedoms, first laid down in Magna Carta in 1215. This gave birth to the early parliaments under Henry III, which by the 17th Century had taken on much of the character they have today.

The Civil War victory over the Stuarts was thanks to Parliament. By the time of the Hanoverians in the 18th Century, the Monarchy was so diminished that England turned easily to parties, prime ministers and cabinets, while rulers elsewhere in Europe were still chopping off each other’s heads.

In 1832, with Europe convulsed by revolutionary wars, Parliament crucially kept control of reform. It introduced a steadily widening franchise and laid the foundations of a welfare state. The British Empire was able to expand and prosper, untroubled by domestic turbulence. English men and women travelled, traded, married, preached and fought round the globe. By the end of the Victorian era this tiny country, refashioned with Scotland and Ireland as a united kingdom, could regard itself as globally supreme.

This United Kingdom – and the Empire – found its greatest moments in the shared experience of two world wars against Germany. But the Empire soon withered into an insipid Commonwealth, Ireland broke free in 1920 and in 1999 partial autonomy was devolved to Scotland, Wales and Northern Ireland. Tory politicians, such as Margaret Thatcher, John Major and David Cameron, might ‘fight for the Union with every drop of my blood’, but ever more English people wonder why. In a recent poll, fewer than half of English voters would oppose Scottish independence.

I believe it will one day be imperative for England to rediscover its constitutional identity. The notorious ‘West Lothian question’ asked why MPs from Scotland, Wales and Northern Ireland, which now run their own local services, should still legislate on England’s schools, hospitals and transport.

The answer to the question is simple. Either allow England’s counties or regions the same autonomy as Scotland and Wales – which is unrealistic – or give England back its parliament.

There is no good reason why, now that both Ireland and Scotland have their parliaments and executive ministers, England should not have the same things. Few of the matters discussed in today’s House of Commons concern the devolved assemblies. With fiscal devolution on the way, there will be fewer still. The House of Commons should sit as an English parliament once more, and England’s prime minister should sit in Downing Street.

There is no likelihood of the United Kingdom breaking up, any more than the Commonwealth. I do not think, as yet, most Scots or Welsh really want total separation. The United Kingdom will retain the Monarch and a separately constituted chamber, perhaps located in the present House of Lords. A joint executive would deal with shared matters of trade, migration and foreign affairs.

But England has a distinctiveness that should, I believe, emerge more positively with self-rule. Romantics might see it reflecting the robust ‘kith and kin’ localism that attracted the Victorians to their Saxon past.

Certainly it might roll back the post-war suppression of civic identity in England’s great cities, and the reduction of historic counties to near-ceremonial status.

Certainly it might roll back the post-war suppression of civic identity in England’s great cities, and the reduction of historic counties to near-ceremonial status.

At the very least, the idea of Englishness needs rescuing from the pseudo-nationalism that now consumes it, and has become code for antagonism both to the Celtic nations and to immigrants and foreigners of any sort.

England’s long-standing open door fed both its economy and its liberal tradition. But that in turn required a clear concept of English tolerance and stable politics to sustain it. And that means keeping a sense of national identity in tandem with political institutions.

The key lies with Parliament. Since the days of the first Prime Minister, Robert Walpole, this cockpit of politics has never capitulated to a revolutionary mob. It has been cautiously sensitive to social and political movements outside its gates.

If it does not reform, it will see English voters increasingly resentful at being ruled by non-English MPs from a subsidised Celtic fringe. English nationalism will become rampant.

Parliament must soon review its relations with the unpopular European Union. It should take the opportunity to recast its domestic federation, to seek a new constitution that accepts the growing autonomy of the Celtic peoples, and the right to self-government of England itself.

Sir Simon David Jenkins (born 10 June 1943) is a British newspaper columnist and author, and since November 2008 has been chairman of the National Trust. He currently writes columns for both the Guardian and London's Evening Standard, and was previously a commentator for The Times, which he edited from 1990 to 1992.

A former editor of both The Times and the Evening Standard, he received a knighthood for services to journalism in the 2004 New Year honours.

He married the American actress Gayle Hunnicutt in 1978; the couple separated in 2008.