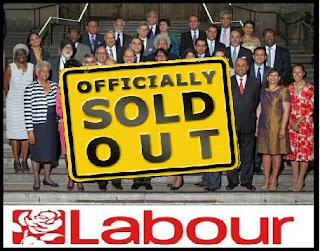 LABOUR IS CALLING FOR SEPARATE “COMMUNITY COURTS” FOR B.A.M.E. OFFENDERS!

Labour “Shadow Justice Secretary”, David Lammy” has called for the creation of “community courts” for the Black, Asian and Minority ethnic offenders to be dealt with according to special segregated procedures.  He compares his vision with the Maori tribal specific courts in New Zealand known as the “Rangatahi”.


Of course in New Zealand those courts are for dealing with the indigenous people, in effect tribal courts applying Maori laws and tribal customs in tribal reservation areas.  Calling for a reverse apartheid court system in England is a very different proposition.


David Lammy is infamous for is being an extreme spokesman of multi-culturalism.


If ever you wanted an example of how multi-culturalists aim to break up the unity of England, nothing could more clearly illustrate that aim than the Labour Shadow Justice Secretary, i.e. Labour’s equivalent of the “Lord Chancellor” would be calling for separate courts for their favoured client “communities”!


Here is the article:-

Labour has called for ‘community courts’ to tackle the increasingly disproportionate number of black, Asian and minority ethnic people in the criminal justice system.

David Lammy, when he was a backbencher, recommended giving communities a greater role in hearings involving first-time offenders in his government-commissioned race review. Now, as shadow justice secretary, the Tottenham MP has reiterated the need for community courts.

Lammy was speaking at an event hosted by the Centre for Justice Innovation, a legal thinktank, on the state of the youth court.

The event heard that when Lammy completed his review, 41% of the children in prison were black, Asian or minority ethnic in a country where these groups make up only 14% of the population. The prison figure is now 51%.


There are significant parts of the country, with significant BAME populations, where there is no BAME judge or magistrate in sight.’

The shadow Justice Secretary said a problem-solving approach was needed. ‘We need community courts, particularly for first and second-time offenders.’ He mentioned other countries that have adopted a community-based approach, such as New Zealand’s Rangatahi courts, which feature in his review.

Lammy highlighted another recommendation - to seal criminal records. Pointing out that people may have committed offending behaviour when they were young, he said it was a tragedy that ‘our system condemns young people to a life of crime because they cannot get a job or they have to declare their criminal record to every employer at every single stage of the process. I do not understand why our system is doing this.’

Here is a link to the original article>>>

https://www.lawgazette.co.uk/news/labour-calls-for-community-courts-to-tackle-bame-disproportionality/5104914.article
Posted by Robin Tilbrook at 22:17