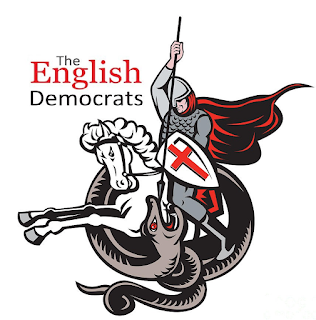 One option is the traditional St George’s Day for our country’s patron saint.  It is not at an ideal time of year as there are several other bank holidays around then and also as a Christian related date it can vary if it is near Easter.

An alternative National Day is the anniversary of when England was unified.

On the 12th July 927AD King Athelstan of the Royal House of Wessex, was recognised as the first King of all England at the Council of Eamont, Cumberland. For a decade now English Democrats have arranged celebrations on the 12th July across England to mark English Unity Day and to call for an English Unity National Holiday.
For the 12th July 2020 I thought that this would be appropriate.

“This 12th July will be the one thousand and ninety third anniversary of English Unity. It was the day on which King Athelstan realised the dream of the Venerable Bede and Alfred the Great and completed the mission of the Royal House of Wessex to unite England into a single united Nation State!

“The 12th July is an anniversary of history and pride for all patriotic Englishmen and Englishwomen and should be celebrated with all the enthusiasm that the Americans bring to their Independence Day or the French bring to Bastille Day.”

In sharp contrast with this nearly 70% being English there were only a mere 10 million (10,171,834) people (or 19.2%) who claimed to be 'British Only'. A substantial proportion of these 'British Only' appear, from cross referencing with the results of the Census' ethnicity question, to be of non English ethnicity (ie Scottish, Welsh or Irish).

The Office for National Statistics nationality statistics can be found here)>>>http://www.ons.gov.uk/ons/publications/re-reference-tables.html?edition=tcm%3A77-286262. The Nationality results are at: 2011 Census: KS202EW National identity, local authorities in England and Wales.

Demand for English Independence is increasing in England.

Here you can find what the Yes Cymru Campaign said about this on their website>>>https://www.yes.cymru/english_independence_poll

Also they have provided a link to the opinion data itself which you can find here >>>https://d3n8a8pro7vhmx.cloudfront.net/yescymru/mailings/1494/attachments/original/YesCymru_Results_200618_EnglandPoll-full.pdf?1593508134