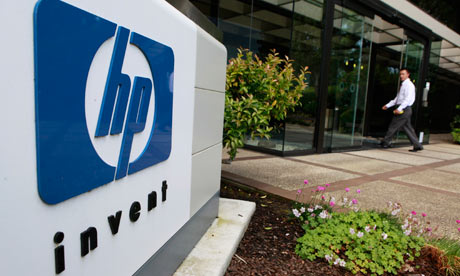 The report below, about jobs in Sheffield, shows the danger to English interests of not having anyone fighting for our people's interests to be taken properly into account and protected in the current disunited UK.

It also confirms the problem of relying upon globalist/ foreign owned business to create job security.

Remember also, when reading the article, that any subsidies offered by the Scottish Government have mostly come out of the pockets of English taxpayers!


HP will axe workers in Sheffield and shunt their roles to Renfrewshire in Scotland to bag a £7m grant from the Scottish government, the Public and Commercial Services (PCS) trade union claims.

It's understood the multimillion-pound grant from the public purse is a reward for boosting local employment.

About a third of support workers at HP's offices in the City of Steel face the chop - that's 124 of 350, according to the PCS which has 1,500 unionised members working for the tech goliath.

An HP spokesman confirmed to The Register the planned overhaul of the regional offices.

"We have informed our employees recently about some work that will transition from our Sheffield site to our Regional Delivery Centres in Newcastle and Erskine [in Renfrewshire]," the PR man said.

The Sheffield site will remain open as other parts of HP’s business are run from those premises, he added. It was first opened by EDS to attract graduates from the two universities based in Sheffield.

The 124 workers facing redundancy designed and maintained systems for the UK government's Department of Work and Pensions (DWP), such as those used by Job Centre Plus offices, said the PCS.

Industrial officer Alan Brown told The Reg that the union's major concern was that HP was replacing "experienced, dedicated staff", many of whom transferred from the civil service on good terms.

He expected the services received by the DWP to be "stretched" once the workers are expunged.

In fiscal 2011, the Scottish government made a "regional selective assistance grant" of £7m to HP Enterprise Services, under the expectation the vendor will create 721 new jobs in Erskine. The PCS said £3.5m of that has already been paid.

"HP is taking jobs elsewhere from the country to get £3.5m of taxpayer money to do work in the public sector, that is an issue for me. Pitting one area of the country against another sounds a bit sleazy," said Brown.

It's now feared councils and other regional authorities around the UK will have to start stumping up grants to attract or keep employers in their areas.

No relocation package has yet been offered to any HPers in Sheffield willing to move north, according to union sources, but a manager has been appointed to oversee this process.

Brown said the PCS was balloting members over the job cuts and separately on a 1.6 per cent consolidated pay rise offered to HP staff.

HP is in the process of slashing  29,000 jobs worldwide by 2014, as part of an ironically entitled “make it better” programme. Trade union Unite estimated this project will cut 1,600 roles in the UK; the PCS estimated up to 1,500.

HP refused to comment on whether the changes to Sheffield were part of the mass redundancy programme.

CEO Meg Whitman revealed in March at the Morgan Stanley Technology Media and Telecoms conference that HP was nearly half way through its three-year redundancy schedule.

The programme came under renewed focus at the end of last year when HP's European Works Council, which represents the tech titan's employees, took the company to court, saying its members were not being properly consulted over the redundancies.

The works council has since resumed negotiations

Here is a link to the article >>> http://www.channelregister.co.uk/2013/06/17/hp_scrapping_sheffield_jobs_grab_7m_scottish_grant/