Nick Lowles of the fancifully named "Hope not Hate" is lying yet again! 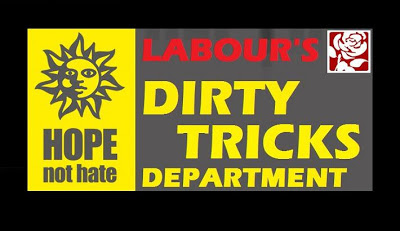 Nick Lowles of the fancifully named "Hope not Hate" is lying yet again!

Labourite Nick Lowles, of Labour's dirty tricks department, the laughably misnamed "Hope not Hate", is lying and smearing yet again. His 'article' is below and is of his usual poor and unprofessional journalistic standard.

It shouldn't surprise anyone that I regularly address many groups. I am an English patriot and nationalist and I will meet anyone in pursuit of developing the English Movement. I make no apologies for that.

I don't believe a word of Nick Lowles' hysterical claims and I note that not a shred of evidence is produced by him to justify any of his silly claims.

I wonder if Nick Lowles would try to claim that because I addressed the Epping Forest District Green Party group that makes me a Green? But no, of course not - that wouldn't have any chance of smearing us with the politically correct brigade would it?

I have now challenged Nick Lowles several times to come out from hiding behind his keyboard and face me in a fair debate about England's future.(such as here >>> http://robintilbrook.blogspot.co.uk/2012/10/hope-not-hate-comes-out-as-labours.html and here >>> http://robintilbrook.blogspot.co.uk/2012/10/hateful-and-hopeless-hope-not-hates.html).

Lowles has yet to dare to show his face.

I am still waiting Nick!

The English Democrats are fair game

posted by: Nick Lowles | on: Tuesday, 15 January 2013, 05:31
HOPE not hate’s expose last night that English Democrat leader Robin Tillbrook attended a meeting of racists and Nazis over the weekend is final proof, if proof was needed, why his party is firmly in our sights. By attending a meeting with former and violent EDL supporters and the leaders of Britain First with the aim of establishing a new racist street movement, Tillbrook has pushed his party into the realms of Britain’s far right.
The English Democrats constantly try to refute any allegations of extremism and its supporters regularly bombard us with protests when we have written about them in the past. This is despite them doing a deal with Mark Cotterill and the England First Party for the 2009 European Elections. This is despite the fact that 43% of their candidates in last May’s local elections had until recently been in the British National Party.
But this recent development marks a new low for the English Democrats and one that we will be making sure voters know ahead of this May’s County Council elections.
In the meantime we are aware that a number of current or former English Democrat members are deeply unhappy with the party's new alliances with racists and nazis so we would welcome them to contact us. You can email me at nick@hopenothate.org.uk, confidentiality will be assured.
http://www.hopenothate.org.uk/blog/article/2433/the-english-democrats-are-fair-game
Posted by Robin Tilbrook at 16:59