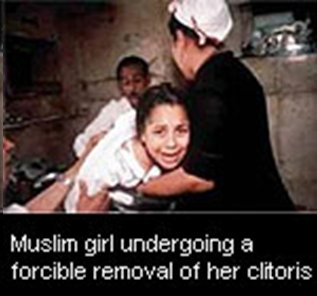 For those of us with children, now is the holiday season so this excellent and thought provoking article from the Spectator is the perfect antidote to any feeling of family complacency!

The author does however seem oblivious that he is discussig the same kind of multiculturalist bigotry which led to the disgraceful failures, by the 'authorities', to act, amongst other examples, in the recent mostly pakistani muslim male paedophile sex gang case in Rochdale, which we discussed here:

We English Democrats have long had a robust manifesto with items relevant to this issue:-

On Multi-Culturalism "3.16.1 It is a fact that during the past forty years people of many different cultures have come to live in England. Our country is in that sense a multi-cultural society. However, multi-Culturalism is an ideology which suggests that a mix of many cultures in one society is desirable and that it is the duty of government to actively encourage cultural diversity within the state. Further, it suggests that all cultures should be treated as equal. A logical extension of this is that all languages, histories and law codes should be treated equally. This is clearly impossible in a unified country. All ethnic groups should be free to promote their own culture and identity but the public culture of England should be that of the indigenous English. This position is consistent with the rights of indigenous nations everywhere."

And on Policing"2.11.2 English Democrats seek a return to a system of policing which recognises the principle that all citizens are treated equally. In their efforts to prevent crime and catch criminals the police should not be hindered and demoralised by unreasonable ideological constraints."

I am intending to stand in the Essex Police Commissioner election in November. If elected, woe betide any Essex officer with the attitude of Commander Foy!

Here is the article. It is well worth reading and is an interesting indication that the British Establishment mindset supporting multiculturalism is breaking down!

The racism of the respectable
Nick Cohen
24 July 2012 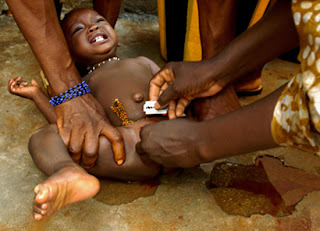 To be a racist in Britain, you do not need to cover yourself in tattoos and join a neo-Nazi party. You can wear well-made shirts, open at the neck, appreciate fine wines and vote Left at election time.
Odd though it may seem to older readers, the Crown Prosecution Service now regards itself as a liberal organ of the state. This week it is making a great play of its success in deterring violence against women. Its lawyers brought 91,000 domestic violence prosecutions last year and secured 67,000 convictions. As I have mentioned in this space before, many criminologists believe that the willingness, not just of prosecutors and the police but of wider society, to take violence against women and children seriously explains the welcome fall in homicide rate. But officialdom’s concern for abused women is strictly colour coded. The CPS will defend women’s rights, but only the rights of white women. Girls with black or brown skins can go hang — or, rather go have their genitalia cut to pieces.
In a report for BBC Newsnight, Sue Lloyd Roberts investigated what euphemists call ‘female circumcision’. I have sympathy with the German court which said that male circumcision was an assault on boys unable to give informed consent, that no rabbi or imam parroting the dictates of Judaism or Islam could excuse. But the female and male versions of ‘circumcision’ are not comparable. Twenty thousand British girls, mainly the daughters of immigrants from Africa, are at risk of what the World Health Organisation calls Type III ‘infibulation’. Their mothers or grandmothers, or maybe an iman or some other variety of priest or ‘traditional healer’ cut off the inner and outer labia and clitoris with scissors or a knife. They tie together the girl's legs for a month so that the labial tissue bonds. It forms a wall of flesh and skin across the vulva, leaving only a hole the size of a matchstick. Sexual intercourse and childbirth, and the passage of urine and menstrual blood become incredibly painful.

Beyond continuing a barbaric tradition, and one should never underestimate the appeal of doing what has always been done, FGM ensures that women remain the property of men. The bridegroom can be certain his bride is a virgin, and have some confidence that she will not sleep around, because the second object of the exercise is to reduce the woman’s libido.

Britain made female genital mutilation a criminal offence in the 1980s. Later we said it was illegal for parents to take their children abroad for the ‘procedure’. Yet although thousands of British girls are the victims of wounding with intent, the CPS has not instigated one prosecution, let alone secured a conviction. Sue Lloyd Roberts illustrated official indifference when she interviewed Somalis in Glasgow. She came up with sensible proposals to prevent child abuse. When doctors saw a mother whose genitals had been mutilated they could insist that medics monitored her daughters. Or when families from an — how to put this in PC language? — ‘at risk’ group left the country, female doctors could examine the daughters on return. She tried to put these ideas to the representatives of Glasgow’s liberal professions — teachers, health and social workers. Not one would go on air.

To his credit, I suppose, Scotland Yard's specialist in child abuse cases Commander Simon Foy found the courage to speak in public. Unfortunately, his words were a disgrace. ‘I am not necessarily sure that the availability of a stronger sense of prosecution will change’ the incidence of FGM ‘for the better,’ he said. Is there any other law that Commander Foy and his superiors think it pointless to enforce? Do senior officers say that prosecuting burglars or rapists or murderers makes no difference? Or is it only in the case of the mutilation of girls from other cultures that the cops abandon their belief in the deterrent power of punishment?

Imitating the French by having medical staff check girls, would infringe the girls’ rights, Foy continued, as he used the language of human rights to justify his failure to uphold the rights of women and girls. In this instance, and in this instance only, the police not only believe that putting alleged criminals on trial is pointless, they add that investigating an alleged crime is a criminal act.

Under white imperialism, colonialists had one set of rules for themselves and another for ‘lesser breeds without the law’. Nineteenth century liberals and socialists berated their double standards. Now the roles are reversed. Men and women who call themselves liberals are the new Blimps.

Their respect for other cultures and celebrations of diversity has undermined equality before the law. Anti-colonialism is no longer an opposition to foreign occupation but opposition to the ‘inappropriate’ imposition of ‘western’ values on the formerly colonised. Fear plays its part in the silence. I know doctors who worry they will be accused of racism if they protest about the mistreatment of girls. They suspect that their employers will not report protesting parents to the police but punish them instead.

I often wonder which of the beliefs or practices that we take for granted the future will regard with repugnance. My best guess is that our insouciance about man’s mass extinction of species will provoke the greatest disgust. But the liberal toleration of illiberalism may run the destruction of the natural world a close second. ‘Just think,’ people will say, ‘in the early 21st century prosecutors, teachers, doctors, social workers and police officers, who considered themselves respectable citizens, did nothing to protect innocent children from injuries they would carry for rest of their lives.’

A brave daughter of African immigrants described the racism of the respectable better than I can. ‘They are so terrified,’ she told the BBC. ‘They are using cultural sensitivity as a barrier to stop themselves from really doing anything. What would you do if the girls had blue eyes and blonde hair? Would FGM still be going on in the UK?’
Posted by Robin Tilbrook at 20:56