Any Such Nationality as English? 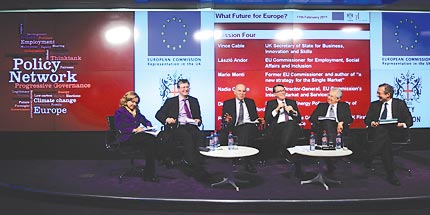 You may have caught some of the news about the arguments within Labour recently. Some Trade Union bosses were grumbling about another group who have called itself “Progress”. Progress have dared to receive funding from sources other than the Trade Union movement! Progress have been described as Blairite.

The reason I mention it is because I recently attended a seminar, under the umbrella of Progress, with the “Policy Network”. The meeting was under the “Chatham House Rule” which means I shouldn’t name names!

Present was an academic from Nottingham University, who has studied the rise and fall of the BNP. He recently wrote a study of the similarities between the BNP and UKIP. There was also an academic from Manchester University who is collaborating in a study of UKIP with the Nottingham academic. They are both looking at the rising tide, as they put it, of populist or radical right wing opinion (by which they mean nationalist, Eurosceptic, anti-mass immigration and anti-establishment).

Almost all the commentators seemed to be firmly of the view that the BNP are now terminally beyond the point of recovery, which, they thought, presents a worrying opportunity for a populist or radical right-wing party to emerge.

One of the interesting speakers was someone from Hope Not Hate, who talked about their campaign against the BNP in Barking and Dagenham and in Stoke on Trent. From this speech it emerged that the BNP’s positioning was part of its weakness. Apparently even amongst people who are most concerned about the effects of immigration, there is still considerable dislike of the BNP brand, with its image, not only of racism, which ordinary people are anxious to disassociate themselves from, but also, just as significantly, any tinge of street violence or of any gang mentality, which in particular the women in the targeted areas were likely to be very hostile to.

It was pointed out that if a party came into “populist” right wing politics from another issue, then the spokesman of that party is more likely to be treated as respectable and listened to than representatives of a party who seemed to be founded solely on opposing immigration. The example given was the comparison of the treatment of by the media and audience reaction to Nick Griffin and to Nigel Farrage.

The meeting was also interesting from the point of view that it showed that elements within Labour are becoming hugely aware that they are vulnerable to losing support in England and they need to adopt strategies to “re-engage with Englishness”. (Thus Ed Milliband's recent attempt to discuss Englishness)

All in all it was a very interesting meeting which I think should give strong grounds for confidence that the cause of Englishness and of English Nationalism is making such headway that it’s causing considerable alarm amongst those who have traditionally been its opponents. I wonder whether even John Prescott would still try to claim now, as he used to, that “there is no such nationality as English”?
Posted by Robin Tilbrook at 19:18