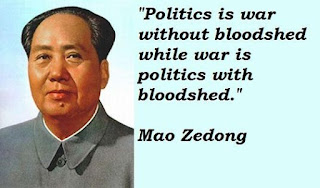 Having read with disgust articles about the spineless cowardness of the current Trustees of St Botolph’s Church of Aldgate in the City of London and of the Sir John Cass Foundation, I wrote to the main newspaper which was reporting this story.

I reproduce my letter below.  What do you think?

Here is the letter:-

Re:  Your article published on the 18th June:- “Now St Botolph’s Church in Aldgate removes the bust of John Cass following George Floyd killing in US” by Mike Brook

Letter for publication
I write with regard to the above report, in which your reporter writes about what, I think, is the disgraceful cowardice of the vicar and Parochial Church Council of St Botolph’s and of the Trustees of the Sir John Cass Foundation, not only in their treatment of their institutions’ charitable benefactor, but also in abject and, I dare say it, slavish, conformity to the neo-Maoist agenda of “Black Lives Matter” in seeking to smash England’s “Four Olds” (“Old customs, old culture, old habits and old ideas”) in their new “Cultural Revolution”.
The Trustees of England’s institutions should not behave in such an abject way.  If they are not prepared to stand up for our culture, institutions and heritage, they should resign and/or be prosecuted.  I have started the ball rolling in terms of getting the Vicar and Parochial Church Council prosecuted for, in effect, Breach of Planning Permission and Vandalism in damaging an ancient monument.  I intend to report the Trustees of the Sir John Cass Foundation to the Charity Commission for sanctions to be applied to them if they persist.
Your article did not explain that Sir John Cass was not personally a slave trader, but was a merchant trading in the City.  To say that he was a slave trader is rather similar to saying that a Director of BP is guilty of polluting the ocean, which I respectfully suggest that any sensible person would consider to be manifestly absurd, but then, of course, cultural Marxists do not care about historical truths.
Another historical truth is that it was the English that for the first time ever in all human history banned slavery.  The initial and decisive step was taken in 1807 with the Slave Trade Act of Parliament.  This banned anyone from shipping slaves to, in particular, the Americas.  From then on our Royal Navy vigorously enforced the ban at the cost of many of our sailors lives and also of great expense.   In 1833 slavery, as a condition itself, was banned throughout the British Empire by the Slavery Abolition Act and that also was the first ban on slavery ever anywhere.
Whilst English Christian culture resolved to get rid of slavery it is notable that the African and Islamic Kingdoms, that had been so involved in it for the previous thousand years, did not ban slavery until they were either overthrown in order to suppress slavery (i.e. Lugard in Nigeria or Gordon in Khartoum), or as a result of intense diplomatic pressure by our Government e.g. on the Sultan of Turkey.
If you are in favour of Liberty then you and the world owes the English Nation and the English People a great debt of gratitude for this (and indeed many other reasons as we more or less single handedly created the modern world!).
I invite your readers to write in to say what they think.
Yours faithfully

Here is the offending article:-

A bust of the 17th century slave trader John Cass has been removed from St Botolph parish church at Aldgate in the wake of global protests following the killing of black activist George Floyd in America.

The removal carried out this-morning which was given the go-ahead by the Archdeacon of London after a vote at an emergency meeting of St Botolph’s parochial church council.

The church decision to distance itself from historic links to its benefactor’s involvement in the slave trade follows Sir John Cass secondary school in Stepney pledging to change its name and the Cass Foundation in the City removing a similar bust.

“We voted unanimously to seek permission to remove the bust,” St Botolph’s rector Laura Jørgensen said in a statement to the East London Advertiser.

“Permission was given and the bust was removed this morning."

“Removing the bust is an important step in acknowledging that history, but it’s not the end of our journey. We are a diverse congregation and promise to do all we can to eradicate racism, discrimination and inequality.”

John Cass was born near Aldgate in 1661 and served as a City alderman and sheriff before being elected an MP in 1712. He had set up a school in 1710 in Aldgate for 50 boys and 40 girls and rented buildings in St Botolph’s churchyard.

The name Cass appears on many institutions in the East End and the City. His foundation set up in 1748 gives grants to promote education in inner London including the secondary school in Stepney Way and a primary school in Aldgate both named after him.

The secondary school now wants to change its name and is looking for suitable proposals.

Two universities also adopted the name Cass for centres of learning with funding from the foundation.

The Metropolitan’s Cass School of Arts was embroiled in controversy three years ago when the Aldgate and Whitechapel campuses were occupied by students to stop them being closed down, drawing support from the mayor of Tower Hamlets.

The occupation protest stopped the arts school being transferred to the university’s main campus in Holloway. The school also changed its name after the mass protest.

City University’s business school in Clerkenwell adopted the name Cass in 2002 following a donation from the foundation to promote education for those from disadvantaged backgrounds. It has now begun a review of all its historic funding sources to find out if there are any other links with slavery.

The foundation commissioned an independent academic in February to look into links to the slave trade. It reaffirmed its “abhorrence of racism and discrimination” in an initial statement following George Floyd’s death and subsequent protests around the world.

Here is a link to the original article >>>  https://www.eastlondonadvertiser.co.uk/news/heritage/john-cass-bust-removal-1-6707538