THE UK TURNED UPSIDE DOWN 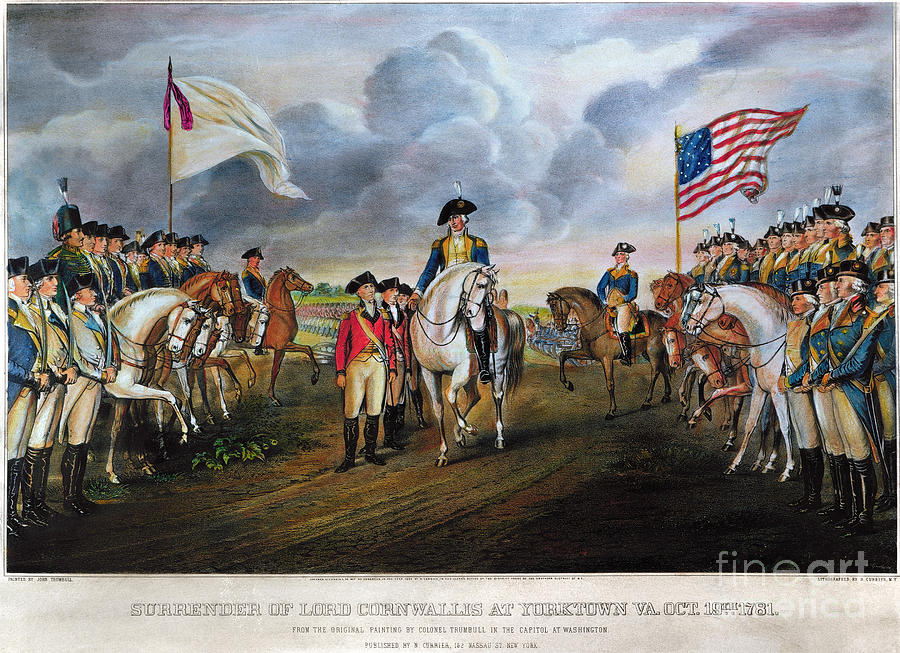 THE UK TURNED UPSIDE DOWN


Back in the 17th Century there was a popular song called ‘The World Turned Upside Down’ which it is said that the band of the British Garrison played as they marched out after the surrender at Yorktown to the American rebels to make the point they thought that it was contrary to the natural order of the world for “Yankee Doodle” to have beaten the world conquering Red Coats of the British Army. Here is a link which includes the tune third >>> https://www.youtube.com/watch?v=v-N0ckzU1mI

Above is a picture of the surrender at Yorktown.

Although no such tune was played in the recent General Election it may be, with hindsight, that the result in Scotland will be seen as a similarly epoch marking change. Yorktown occurred before the United Kingdom came into existence in 1801 with the Union with the Kingdom of Ireland. It did of course however come after the foundation Union of the United Kingdom in 1707 between the Kingdoms of England and Scotland to create the new United Kingdom of Great Britain.

It is the United Kingdom of Great Britain which is again under threat as a result of the almost total victory of the Scottish National Party in Scotland reducing each of the three British Establishment parties to a rump of one MP only. It isn’t now only Conservative MPs that there are less of in Scotland than pandas. The same applies to both the Liberal Democrat MPs and Labour MPs! It is the 56 (out of 59) SNP MPs that will over the next 5 years until the next General Election on the 7th May 2020 that will mark out the increasing need for a nationalist voice for England. There is of course only one political party that is interested in being that voice, which is of course the English Democrats.

That brings me on to the next most interesting result in the General Election which was the nemesis of UKIP. All the academic commentators including Drs Matthew Goodwin and Rob Ford had pointed out in their studies that UKIP’s appeal depended to a very large extent upon an English nationalist base.

It always was a contradiction that a party with a British nationalist leadership should actually depend upon an English nationalist support base. UKIP, despite the books and articles published about it, which I think should have been a matter of detailed and careful study by the leadership of UKIP, failed to learn the lesson and during the course of the General Election published a manifesto which managed to barely mention England let alone provide for a proper English nationalist vote winning set of policies. As a result UKIP had left clear space on the political spectrum for the Conservative Party to “triangulate” them.

We therefore then had the spectacle of a specifically English manifesto being launched by the Conservatives. It was therefore a strange backdrop to the great change of heart that seems to have occurred amongst the electorate at the last moment that in fact the party that was ticking most of the boxes of English nationalism (with talk of reducing immigration, an EU referendum, English votes for English laws, and an English manifesto and talking up the need for fairness for England) should in fact be the generally fairly anti-English Conservative and Unionist party whose Leader not so very long ago had been talking about his determination to fight “Little Englanders” wherever he found them!

In contrast the party that had been talked up as being a potential voice for English nationalism, namely UKIP, went from bad to worse not only with his interview by their MEP for Scotland in which he made clear that he thought UKIP were all about maintenance of the British Union (rather than of course about England). Click here >>> https://youtu.be/QSuT0JjgSjY

Then, a few days later, UKIP actually launched a specifically Scottish manifesto without having done anything of the sort for England. Nigel Farage even talked about increasing the Barnet Formula rip-off of English taxpayers to give the Welsh yet more of English taxpayers’ money!

The UKIPs mis-positioning of itself on the English question, which for some commentators seems wholly inexplicable but seemed quite inevitable to me, given what I have seen of the internal party politics at the leadership level of UKIP, not only left the Conservative Party in a good position to undermine UKIPs appeal, but it also undermined UKIP’s position in trying to get the English white working class vote to come over to them in many former Labour seats. (Click here for an academic article on this >>> http://blogs.lse.ac.uk/politicsandpolicy/the-shy-english-nationalists-who-won-it-for-the-tories-and-flummoxed-the-pollsters/ ).

Interestingly I am aware that even the Conservative Party had great difficulty in placing stories that were pro-English nationalism in the “mainstream media”. Also their very appeal to it raised a storm of protest by all sorts of media luvvies. One of the results is that the media has come out of cover and exposed itself as being infested with Anglophobes (anti-English).

The Anglophobic British media is a factor in national politics in England which we English nationalists need to deal with. In my view we need to be looking at an assertive policy of attempting to get anyone who comes out with Anglophobic views not only prosecuted, but, if at all possible, excluded from journalism by Ofcom. Until we make Anglophobia as dangerous to the careers of journalists as racism, Islamophobia and homophobia are currently seen to be, we cannot hope to make an effective breakthrough without being unfairly blocked or attacked by the Anglophobia British mainstream media.

In short, I think this General Election will turn out to be a sea change that nationalists will look back on with some affection as we move more towards nationalism as the driving force in our politics!
Posted by Robin Tilbrook at 18:38