The English are now the last nation within the UK not to have free prescriptions as the Scots, Welsh and Northern Irish have all got free prescriptions for all their people at English taxpayers' expense. To add insult to injury the British Government has announced that it will be putting up the prescription charges from £7.85 to £8.05 (increasing to £8.25 in the next year) in England only! The British Government clearly thinks that the English are fools and maybe we are if we put up with them!

The cost of NHS prescriptions in England will rise 20p to £8.05 from 1st April and NHS Dental charges are also rising by up to £5.00.

Doctors leaders have already said the current system is unfair and needs to be reformed in England – the English Democrats strongly agree. Here is a video clip which explains the English Democrats' approach >>> https://www.youtube.com/watch?v=8ZKZ1oLYB0M&list=UULXT-HuPORYWUC57YbKryQg

“It’s unfair for patients as whether you pay depends not only on what part of the UK you live in, but also on what kind of condition you have. The bureaucracy to administer the charging and exemption regime is also cumbersome and costly. The BMA believes it would be best to abolish prescription charges in England altogether.”

English Democrats’ Chairman, Robin Tilbrook, said:- “We agree whole-heartedly with the BMA. Prescription charges should be scrapped in England – just like they have been in the rest of the UK. This is just another example of the anti-English bias of a British government hell bent on profiteering from English taxpayers who are often being made to pay twice through their tax and for their prescription charges as well as for the Scots, Welsh and Northern Irish to have it free. The English Democrats are committed to fighting this kind of injustice and getting fair and equal treatment for the English”. The British Government thinks that the English are fools. We are trying to show them that not every Englishman and Englishwoman is so easily fooled! Even on April Fools day! 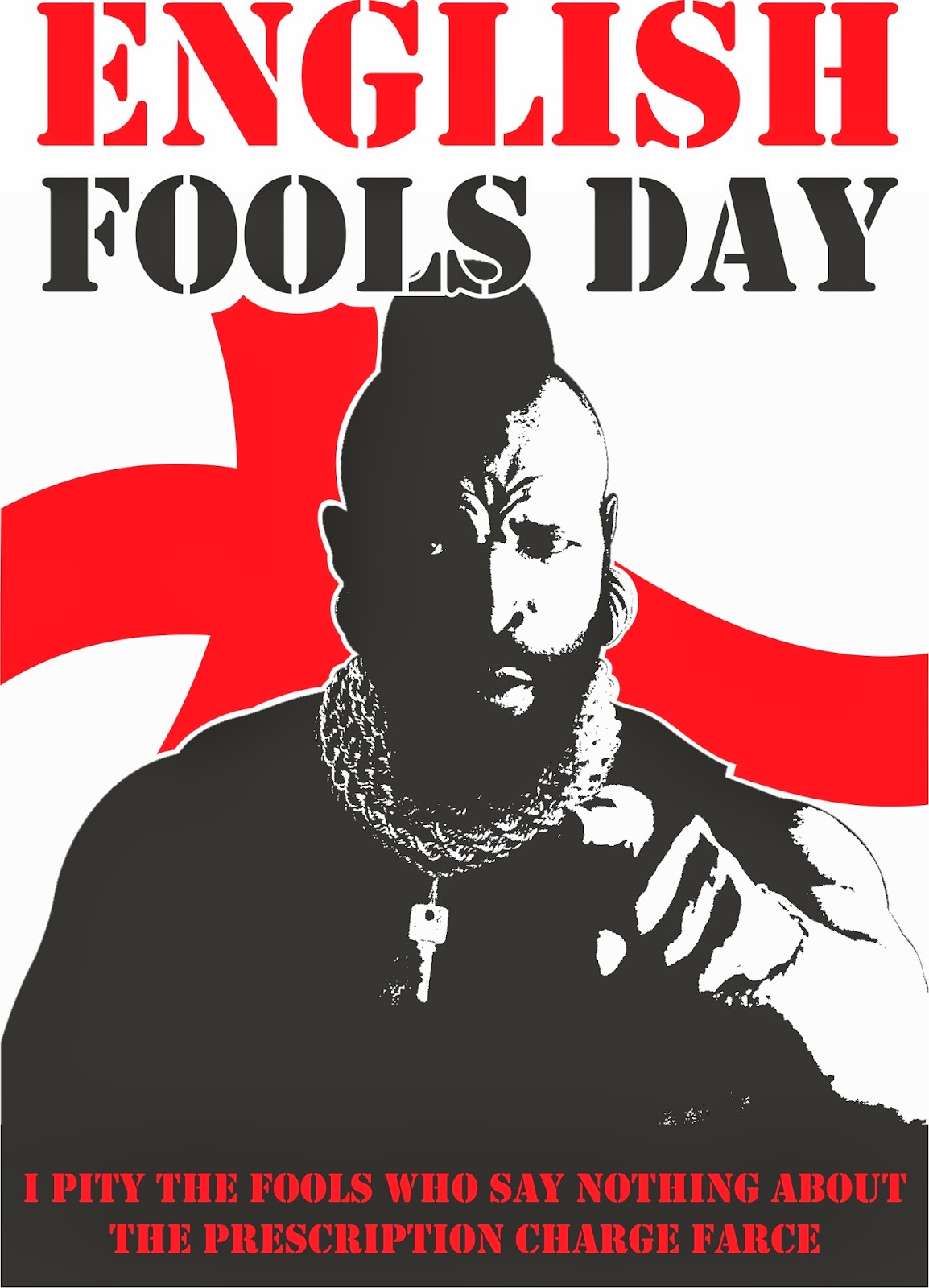 The English Democrats are England’s answer to the Scottish National Party and Plaid Cymru. The English Democrats’ greatest electoral successes to date include winning the Directly Elected Executive Mayoralty of Doncaster Metropolitan Borough Council and the 2012 referendum; We won the referendum which triggered a referendum to give Salford City an Elected Mayor; In 2012 we saved all our deposits in the Police Commissioner elections and came second in South Yorkshire; In the 2009 EU election we gained 279,801 votes after a total EU campaign spend of less than £25,000 (giving the English Democrats by far the most cost efficient electoral result of any serious Party in the UK)