UKIP's evasion and equivocation on the English Question 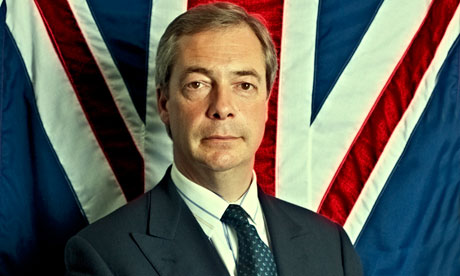 UKIP's Nigel Farage is a great performer but he is not a sincere English patriot as is clearly shown by his evasive answer to the question as reported here:-

Live: UKIP leader Nigel Farage in Worcester (From Malvern Gazette)
"7:54pm (Farage) answers a question about an English parliament by saying "Westminster has always got the devolution question wrong, any sense of the English wanting its own identity has been sneered at by the main three parties." "
http://www.malverngazette.co.uk/news/10331170.Live__UKIP_leader_Nigel_Farage_in_Worcester/

In fact UKIP's real policy position on Englishness is stated in their policy document "Restoring Britishness" in which they claim that English nationalism is "increasingly resentful" and "arguably the most serious threat to Britishness."!

Here is a link to that UKIP policy >>> http://www.castles99.ukprint.com/UKIP/Britishness.pdf

And here is a good discussion on the 'lunacy' of their policy on an English Parliament (by a member of UKIP!) >>> http://toque.co.uk/node/1929