Robin Tilbrook, the English Democrats' candidate for Police Commissioner for Essex, has had his nomination papers accepted by the Returning Officer for the Essex Police Force election. 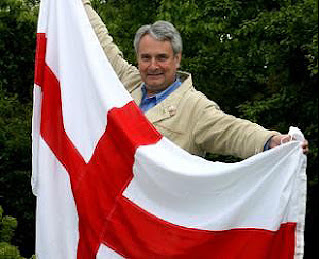 Robin Tilbrook is the English Democrats’ candidate for Essex Police Commissioner.
English Democrats – “MORE POLICE – catching criminals!”.
Charles Vickers, the EnglishDemocrats' Eastern Area Chairman, said:- “Robin Tilbrook has been the English Democrats' highly successful Leader and Chairman for the last 10 years, during which the English Democrats have built up from a small group who cared deeply about England’s future, to a Party that won executive control over Doncaster, the largest Metropolitan Borough Council in England, and has several councillors and won 279,801 votes in the last EU election.
Robin Tilbrook is not only a dynamic leader of the English Democrats but he is also a solicitor who runs his own firm in Essex and is the past President of the Mid-Essex Law Society. Robin is a former Church Warden and Chairman of his P.C.C.. Robin is married with three children and has a wide ranging life experience, having been a soldier, factory worker and a teacher. I have no hesitation in recommending him to the people of Essex as being the best candidate for Police Commissioner!”
Charles continued:- “The English Democrats are the political voice for England, just as the Scottish National Party is for Scotland.”
Robin Tilbrook said:- “If elected I shall maintain the policing budget for Essex and resist the Government’s plans to cut the budget by 15% which would lead to a disastrous loss of over 350 police constables and therefore reduce our police force’s capability to catch criminals and maintain Law and Order in Essex!
If elected every police station in Essex will proudly fly the Cross of St George and will promote Essex’s celebrations of St George’s Day. I shall insist upon a zero tolerance attitude on the part of Essex Police Force to petty crime and anti-social behaviour, which blights so many of our communities.”
Robin also said:- “It is criminals that should be afraid not good citizens! I will have zero tolerance to political correctness in Essex policing and focus Essex Police on traditional English Law and Order and cracking down on real criminals and gangs. When I say that my priority will be “more police – catching criminals!”, I mean it and I shall not hesitate to use the full powers of what will be a powerful and important office to achieve it.
If you are an Essex voter and you want a police force unfettered by political correctness, doing the job that we all once thought they were paid to do, then on the 15th November vote Robin Tilbrook! Vote English Democrats!"