WHY THE LEFT JUST CAN'T GET TO GRIPS WITH 'ENGLISHNESS'? 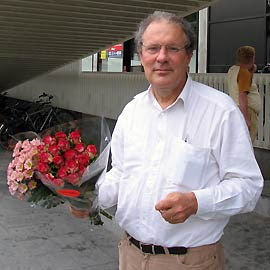 By Theodore Dalrymple.
(Here is the original article >>> http://www.express.co.uk/posts/view/325402)

ED Miliband’s recent speech in which he tried to rehabilitate Englishness in the minds of his supporters illustrates the Left’s perennial difficulties with patriotism and national identity, particularly when they are English.

The Left doesn’t like them because they weaken the class antagonism upon which their own potential power depends.

Part of the problem is that the English national flag has until recently been so rarely displayed, unlike the Scottish or the Welsh flags.

And the fact is that most English people did not want such an identity; it is not something to be proud of.

Therefore, when asked their nationality they would rarely say that they were English; they would say they were British, even though for most foreigners – for example, the French – the word “English” covers all the nationalities of these islands.

And, of course, there is a British identity. When I am abroad in a remote place and meet a Welshman or a Scotsman I feel an immediate identification with them that I do not feel with, say, a Greek or a Swede; and this is reciprocated.

THE very idea of Englishness has been attacked, particularly on the Left, because national identity, if it is English, is believed to be inherently intolerant, xenophobic and bigoted.

However, this is not so; when Rupert Brooke famously referred in his War Sonnet to the “corner of a foreign field that is for ever England” he was not actually decrying foreign fields.

It is possible, after all, to love one’s country without hating other countries and to revere its traditions without despising other people’s traditions.

Affection is not a zerosum game, so that if you love one place you must hate another.

The other way of attacking Englishness has been to say that the English are divided between north and south, rich and poor, educated and uneducated, and so forth. But this is not true only of the English: it is true of every human group.

I am, for example, a member of the medical profession, members of which have never been entirely like-minded.

Some doctors are politically conservative, others politically radical; some have wide interests, others are narrowly focused on a small aspect of their profession.

But despite the variation the profession has an identity.

Indeed, if this argument against Englishness were valid – that the English vary greatly among themselves and therefore there is nothing distinctive about them or their culture – then no human group whatsoever could have an identity because the same could be said about all groups and we would all then be left as isolated human molecules floating in a social, psychological and cultural vacuum.

Perhaps one of the reasons that Englishness has traditionally been so disliked by the Labour Party is that, without Welsh and Scottish votes, there would never be a Labour government.

That explains Gordon Brown’s sudden conversion to Britishness; between the Conservatives in England and the Nationalists in Scotland the Labour Party might be condemned to perpetual opposition if the Union broke up.

I write this in a Shropshire town where there are buildings of several centuries, each one of which could be nothing but English.

They form a graceful assembly and are something to be proud of; likewise the surrounding countryside (a human achievement by the way, not a free gift of nature) is characteristically and uniquely English.

To say this is not to decry, much less to despise, anything else; but I feel especially attached to it because it is my own.

This is an almost universal human phenomenon which is why, when the Left tries to discount or discourage patriotism and national feeling, it always in the end has to make concessions to them.

There is no reason why the English should be any different in this regard. The fact that our identity is mixed – English and British – is not unique, or even unusual.

Bavarians, Saxons and Prussians are very different but they are all Germans.

(The East Prussian Bismarck once famously defined a Bavarian as a cross between an Austrian and a human being, a witticism that no one would dare make nowadays.)

ATTEMPTS to define a phenomenon such as “Englishness” often founder, though foreigners have less difficulty than the English themselves.

The foreign-born art historian and critic Nikolaus Pevsner, who ended up being knighted in the land of his adoption, had no difficulty in writing a book The Englishness Of English Art. Indeed, it is not easy to define art itself but like Englishness it is easy enough to recognise.

All national traditions have their strengths and their weaknesses.

No one, I suppose, would claim very much for English cooking. (I do not remember in all my travels ever having seen an English restaurant abroad: that way bankruptcy would lie. Indeed, few restaurants in England itself advertise themselves as English.)

But man does not live by restaurants or cookery alone.

The English national identity has existed for a long time and never really disappeared, even if it was rarely paraded in public.