Our “Defend Brexit” case is mentioned in key Commons Debate 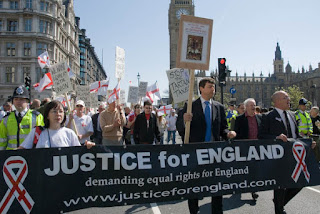 Our “Defend Brexit” case is mentioned in key Commons Debate

On Wednesday the former Conservative Leader, Iain Duncan Smith, mentioned our case during the key debate on whether the Commons was going to be able to vote to deny a ‘No Deal’ Brexit.

If you watch Speaker Bercow’s reactions and expressions and listen carefully to his reply you may feel, as I do, that he is trying to be evasive and deceptive.  My guess is that while he had been advised that the Bill required “Queen’s Consent” he had then decided to ignore that advice because it would mean that the Government could refuse to give that “Consent” and the Bill which he supported would then fail.

As Bercow is a prime example, of a MP who is trying to use every trick in the book to pervent Brexit, that would come as no surprise!

Mr Justice Spencer on the other hand claimed that our case was “Totally Without Merit” because he claimed that the extension was not under the Royal Prerogative but instead was under the Statutory Instrument (passed under the EU Withdrawal Act 2018) which changed the “Exit Day” from 29th March!

In a Learned Article on the LSE website Robert Craig (who is a part-time lecturer in Public Law at LSE and is currently pursuing a PhD at Bristol University considering the role of the Royal Prerogative in the modern UK constitution) argues as follows:-

“… the reason why Queen’s Consent was not needed for EUNoWA (EU Notification of Withdrawal Act 2017) was arguably because the Supreme Court ruling meant that prerogative could not logically be affected by conferring a power to notify under Article 50. It is by no means clear that triggering the process and extending the process are legally equivalent just because they are encompassed in the same Treaty Article. They are not even in the same subsection. Notification was done under Article 50(2). Extensions are done under Article 50(3).


Indeed this exact, and crucial, distinction has very recently been explicitly confirmed by Lord Justice Hickinbottom in rejecting the English Democrats’ judicial review application on 19 August 2019. It must be noted that permission appeal decisions do not have the same status as formal Court of Appeal judgments, but it is the most recent and best evidence we have of the what the law is. Hickinbottom LJ drew a sharp legal distinction between the Miller case situation of triggering the Article 50 process and the quite different legal scenario of extending the Article 50 process.


In short, international agreements (including agreements as to extensions of time under article 50(3) are matters for the Government in the exercise of prerogative powers and although such powers can be displaced by Parliament this case is distinguishable from [Miller] because Parliament, in its various interventions into the withdrawal process or otherwise, has not arguably displaced those prerogative powers in respect of an extension of time under article 50(3). Indeed, Parliament has consistently made clear in the 2017 [EUNoWA] and 2018 Acts [European Union Withdrawal Act 2018], and especially clearly in the European Union (Withdrawal) Act 2019, that timing of withdrawal (including agreeing extensions to the withdrawal date under article 50) was and is a matter for the Government.


Hickinbottom LJ must be right. This decision can only be seen as highly persuasive that the legal basis for the power to extend the Article 50 process is a matter of prerogative power.


Incidentally, this judgment is also relevant to one possible reading of the Speaker’s ruling. EUNoWA conferred the power on the Government to notify the EU of the intention of the UK to leave the EU. It said nothing about extensions.


1. Power to notify withdrawal from the EU


The Prime Minister may notify, under Article 50(2) of the Treaty on European Union, the United Kingdom’s intention to withdraw from the EU. 2.


On one reading of the Speaker’s ruling, it might be thought that EUNoWA was being interpreted as conferring a general statutory power on the government to notify and the power to extend. Even taken in isolation, this would be a startling reading of EUNoWA because the wording of EUNoWA says nothing about extensions – it only mentions notification. However startling that may be as one possible reading, as a matter of law the proposition that EUNoWA confers the power to extend is now untenable after the decision of Hickinbottom LJ.”

(The original and full article can be found here>>>

In any case I respectfully suggest to both Judges that Speaker Bercow’s ruling is either “Totally Without Merit” or that they were both totally wrong to make such a ruling in our case as it clearly had considerable merit!