REMOANERS/REMAINIACS MAY HAVE "NARCISSISTIC PERSONALITY DISORDER"! 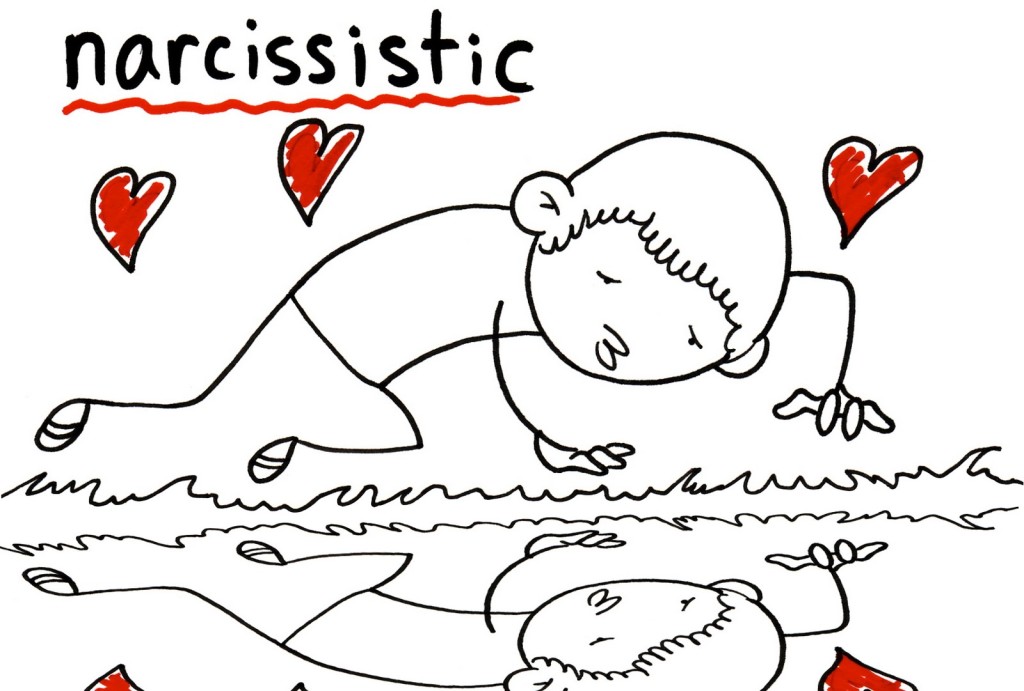 REMOANERS/REMAINIACS MAY HAVE "NARCISSISTIC PERSONALITY DISORDER"!

The article below caught my eye recently.  I thought the author’s take, on the self-serving and somewhat callous and socially abusive attitudes of the British Political and Managerial Establishment, as well as that of globalists and internationalists, is rather well explained in the article.  Although the author has fallen into the regrettable jargonistic approach of all too many academics in British universities who seem to take a somewhat snobbish view about explaining things in language that could be easily understood by lay people.

I am not a psychologist or psychiatrist but when I was at university I was interested in psychology and did do a course on it before deciding that I didn’t think that Freud and Jung etc., really offered both useful insights into human nature.  Also I realised that their theories came with deeply demoralising, not to say amoral, philosophical core.   Even so it is interesting to see the theory of “Narcissism” being applied rather effectively to criticise management and politics.

The thought provoking article also prompted me to wonder whether the same theorising could be applied to the petulant, spiteful and socially abusive behaviour of Remainers, who are exactly the sort of people to whom this theory of Narcissism should be applied.  This behaviour is exactly the sort of behaviour that the theory of Narcissism would predict that a self-serving elite would react in this way when they didn’t get their way and when they felt deprived of their sense of entitlement, both in the case of the vote for Brexit in the UK’s EU Referendum and also in America as a result of the election of Donald Trump!

Consider this:-
"Narcissistic personality disorder (NPD) is a personality disorder in which there is a long-term pattern of abnormal behaviour characterized by exaggerated feelings of self-importance, an excessive need for admiration, and a lack of understanding of others' feelings.  People affected by it often spend a lot of time thinking about achieving power or success, or about their appearance. They often take advantage of the people around them."
Sound familiar?
Then consider this:-

"Persons with narcissistic personality disorder (NPD) are characterized by their persistent grandiosity, excessive need for admiration, and a personal disdain for, and lack of empathy for other people. As such, the person with NPD usually displays the behaviours of arrogance, a sense of superiority, and actively seeks to establish abusive power and control over other people. Narcissistic personality disorder is a condition different from self-confidence (a strong sense of self); people with NPD typically value themselves over other persons to the extent that they openly disregard the feelings and wishes of others, and expect to be treated as superior, regardless of their actual status or achievements. Moreover, the person with narcissistic personality disorder usually exhibits a fragile ego (Self-concept), an inability to tolerate criticism, and a tendency to belittle others in order to validate their own superiority.
The DSM-5 indicates that persons with NPD usually display some or all of the following symptoms, typically without the commensurate qualities or accomplishments:

Here is the full text of the article:-

“Narcissism is increasingly being observed among management and political elites. Recognising how it underpins policy making and how it becomes increasingly prevalent in socially destructive ways is key to re-engaging citizens with the political process, writes Marianna Fotaki.

Derived from the ancient Greek myth of a beautiful youth Narcissus, who died through falling in love with his own image, the term narcissism – coined by Sigmund Freud – has travelled widely in the past one hundred years, shaping popular culture, business and public policy.
Psychoanalytic ideas present an important framework for understanding the rise of the culture of narcissism in work, management and organisational settings. Narcissism, is applied to individuals who are incapable of empathy, unable to relate to and totally unaware of other people’s needs, or even their existence. Under growing uncertainty and the ruthless striving for innovation that characterises late capitalism, it is increasingly observed in business leadership. In 2000 Michael Maccoby argued narcissists are good news for companies, because they have passion and dare to break new ground.

But even productive narcissists are often dangerous as they are divorced from the consequences of their judgements and actions, whenever these do not affect them directly. They will strive at any cost to avoid painful realisations of failure that could tarnish their own image and will only listen to information they seek to hear, failing to learn from others. Popular portrayals of corporate figures as ‘psychopaths’ who unscrupulously and skilfully manoeuvre their way to the highest rungs of the social ladder are presented as fundamentally different from the rest of humanity. However, this is a misconception obscuring the pervasiveness of narcissism and mechanisms that enable it.

Susan Long has persuasively argued that whole societies may be caught in a state of pathological perversion whenever instrumentality overrides relationality – that is, whenever narcissism becomes dominant, other people (or the whole groups of other people) are seen not as others, like oneself, but as objects to be used. For instance, when markets are seen as anonymous ‘virtual’ structures, employees may be seen and treated as exploitable commodities. Such behaviours are pathologically perverse in that people disavow their knowledge of the situations they create through narcissistic processes.

Public policies have been subject to these pathological perversions. Separating risk from responsibility in the financial sector was not merely about creating perverse incentives enabling people to engage in greed through financial bubbles that were bound to burst, but about disengaging policy makers from the all too predictable consequences of such policies.

Another example is the dramatic shift in public policy that has occurred in Europe where instead of ensuring liveable wages, access to affordable health care, public education and a clean environment, there is an increasing preoccupation with how to unleash the alleged desire of citizens to enact their preferences of how public services should be provided. The justification is that citizens want to choose between different providers to ensure that they get the best quality. However, at least in health care services, this is not borne out by the evidence. In reality, the logic of consumerist choice valorises individualism and narcissistic self-gratification by undermining the institutions created to promote public interest. The re-modelling of the public organisations as ‘efficient’ (read flexible and dispensable) business units, the widespread privatisation of the Commons and the diminution of the value of the public good are just a few of the means by which this have been achieved.
We see the effects of these changes in the NHS: imposing a market ethos on health care staff, and a focus on indicators and targets, has led to the distortion of care. Studies have shown the long term reality of the suffering, dependence and vulnerability of mentally ill patients is disavowed, and the complexities of managing those in psychological distress are systematically evaded. It is replaced by work intensification and demands on the overworked front line staff to show more compassion. Equally, the needs of patients for relational aspects of care are ignored as they do not fit with the conveyer-belt model of services provided in 10-minute slots by GPs in England.

The institutionalisation and systemic sanctioning of such practices involving instrumentality, disregard for sociality and relational ties, and pathological splitting from one’s own actions – all originating in individual narcissistic processes – constitute a state of pathological perversion on a societal level. The increasing narcissism among management and political elites is also enabled by the public at large, who may be projecting on to them their own desire for power while splitting off ambivalent feelings emerging from this desire. The progressive marketisation of public services illustrates both the insensitivity of policy makers to the impact of their policies on those who are less able to benefit from them (i.e. the less affluent and less-well educated citizens) but also in appealing to the narcissism of voters. Thus the issue of how much choice is possible and what are the inevitable trade-offs involved (between choice and equity or quality and efficiency in public health systems) is sidestepped by politicians and their constituencies.

A narcissistic denial of reality deflects the citizens’ attention from a much needed social critique. Understanding how narcissism underpins policy making, and how it becomes increasingly prevalent in socially destructive ways of managing employees and manipulating the public, is therefore a necessary first step towards re-engaging with the political process.”