IS THE REMAINER CASE BROUGHT IN SCOTLAND LEGALLY VALID IN ENGLAND? 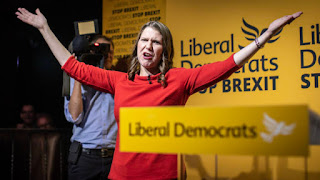 IS THE REMAINER CASE BROUGHT IN SCOTLAND LEGALLY VALID IN ENGLAND?

I should start by saying that I am an English Solicitor and not a Scottish one.

Scotland has a very different legal system to England. Theirs is based upon Roman Law and not on English Common Law.  I am therefore not qualified to answer this important question as a lawyer – with regard to what approach the Scottish courts will take.

However I would say that the Act of Union 1707 is key to understanding which court has the best claim to jurisdiction over our Parliament.  Have a look here (especially at Article 22) >>> http://rahbarnes.co.uk/union/union-of-1707/union-with-scotland-act-1706/

Then I would suggest also having a look at the Judgment in the Gina Miller case where the  Supreme Court refers to the appeals from Scotland, Wales and from Northern Ireland (in paragraphs 126 to 151) >>> https://www.supremecourt.uk/cases/docs/uksc-2016-0196-judgment.pdf

This is also made very clear by the whole basis of the rest of the Gina Miller Judgment in which the Supreme Court relied heavily on pre-Union exclusively English legal precedents to explain and to analyse how the (British!) constitution works.

So I would expect the challenge to Boris Johnson to fail in the Scottish courts to the extent that there is any attempt to rely on Scottish constitutional law.  If it does not fail there then it should fail in the Supreme Court.

An additional legalistic reason why this case should fail is that it is seeking a declaration on something that at the moment is merely theoretical (or ‘moot’) and is not challenging an actual decision that has been taken.