At last the two party system is beginning to break-up! 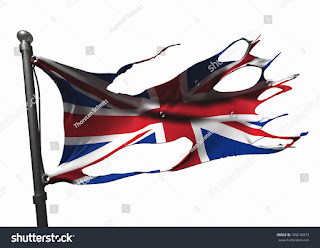 The two party system is beginning to break-up

Monday saw the politically exciting prospect of Labour breaking up into its politically constituent parts!

The Labour Party has long been recognised as a coalition between hard-Left figures like Corbyn, McDonnell and the late Tony Benn etc; and multi-culturalist social democrats like Chuka Umunna, David Lammy and the Milibands; the traditional Labour, like Dennis Skinner and Frank Field; and the remnant of the globalist, liberal lifestyle, Blairites. What happened on Monday looks like it may be the start of the split between the hard-Left and the others.  How that split works out in Labour will probably depend on which way the various trade unions jump.

Then on Wednesday we had the further excitement of the Conservatives starting to break up!

Within the Conservative Party there was always some tension between the Europhile, internationalist, social democrats like Soubry and Dominic Grieve and the apparently patriotic global Britain Brexiteers whose view of patriotism is similar to 19th Century Liberals who were opposed to the State looking after our poorer and less fortunate citizens and all for the free market and low taxes.

Although amongst the non-parliamentary membership, I would say there is a considerable number who are patriotic people with traditional values that support welfare, health and housing provisions for all our fellow citizens.  That is however not a group that is very well represented in the Conservative Parliamentary Party.

The interesting thing from within the Conservative Party are that there are moves afoot to deselect more of the Europhile liberal values, social democrats.

I suspect that if those MPs think that they are going to be deselected by their local party, they will jump before they are pushed and might well follow the others in jumping into the new parliamentary group with Chuka Umunna etc.

If that group manages to combine with the Liberal Democrats that will bode well for a major shift in parliamentary representation because there will then be a clear need for a patriotic political party that supports traditional values, low immigration and welfare, health and housing provision for our citizens.

When we consider what is happening with the Union with the likelihood of Northern Ireland and Wales breaking away, it seems probable that that patriotism will be England-only focussed.

So this is a very interesting time where we are beginning to see the shape of a possible realignment of English politics!  Let's hope our politics can also become more honest so that when a voter is asked to vote for a Party's candidate then that Party will be sufficiently politically coherent for the voter to be able to be sure of the real policies which the candidate will pursue if elected.
Posted by Robin Tilbrook at 10:58