ENGLAND - "Better off OUT" 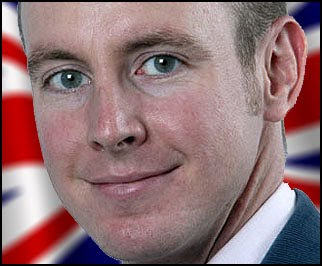 Occasionally an article appears which is so excellent that it deserves to be quoted in full.  Below is such an article by Daniel Hannan the Eurosceptic Conservative MEP on the topic of EU membership.

There is of course the faults of his insistence on referring to the UK and his indifference to England!
On the latter point I met Daniel Hannan a few years ago.  I wanted to see if he might be a convert to English nationalism in due course, but his family background is such that I do not think that that is very likely.  However I don’t know where his allegiance would lie in the event of the dissolution of the United Kingdom.

In any event here is his excellent article:-

"Eurocrats secretly admit that countries are better off out.

The world, we keep being told, is coalescing into blocs. No single nation can afford to stand aside. The future belongs to the conglomerates.

It’s hard to think of a theory that has become so dominant with so flimsy a basis. The story of the our age has been one, not of amalgamation, but of disaggregation: empires have split into smaller and smaller units. Fifty years ago, there were 115 states in the United Nations, today there are 193. What’s more, small territories are generally more successful. The wealthiest states on Earth, measured by per capita GDP, are Liechtenstein, Luxembourg, Norway, Qatar, Switzerland, Macau, Australia, the UAE, Kuwait, Sweden, San Marino and Jersey.

So why do Euro-integrationists keep telling us that we’re heading towards a kind of Nineteen Eighty-Four carve-up, in which massive Asian, European and American superstates will call the shots? (In Orwell’s classic novel, the British Isles were part of the Anglosphere rather than Europe, but let’s leave that aside.) In truth, the claim is pure propaganda. Eurocrats don’t believe it themselves.

How do I know? Well, I’ve just been reading the EU’s report on relations with Iceland, marked “for internal use only”. Although its tone reflects the official line – looking forward to a resumption of accession talks if and when Iceland comes to its senses – the details tell a very different story. First, the paper acknowledges the main reason that Iceland has bounced back from the banking crisis:

The small Nordic country has largely recovered from its deep economic crisis, thanks to a devaluated [sic] currency and a strong trade surplus — a turnaround that was made possible in part by the country’s distance from the euro area.

Then comes the really telling passage. Discussing Iceland’s trading profile, the report notes that that frozen lump of volcanic tundra has the twin advantages of small size and few “defensive interests”. Defensive interests is a term used by trade officials to mean “sectors which a country wants to shield from competition”. In trade talks, negotiators distinguish between offensive interests (areas where they want the other party to open its markets) and defensive ones (areas where they want to prevent liberalisation). Iceland, being an open economy, has relatively few protectionist sectors. As the report notes:

There you have it. The Eurocrats may bang on in public about trade blocs but, in private, they admit that small is beautiful.

Now ask yourself this question. If Britain were not bound by the “defensive interests” of the EU as a whole, from French films to Italian textiles, is it conceivable that we would not by now have signed comprehensive trade deals with the world’s largest and fastest-growing markets, such as China and India?

We sit on few natural resources in this mild, green, damp island of ours. We depend on what we buy and sell. Yet, crazily, we have locked ourselves into a customs union with the only continent on the planet whose economy is shrinking. Ça suffit ! as we Old Brussels Hands say. ¡Basta ya!"

(Here is the link to the original >>> http://blogs.telegraph.co.uk/news/danielhannan/100255422/proof-at-last-eurocrats-secretly-admit-that-countries-are-better-off-out/).
Posted by Robin Tilbrook at 21:45